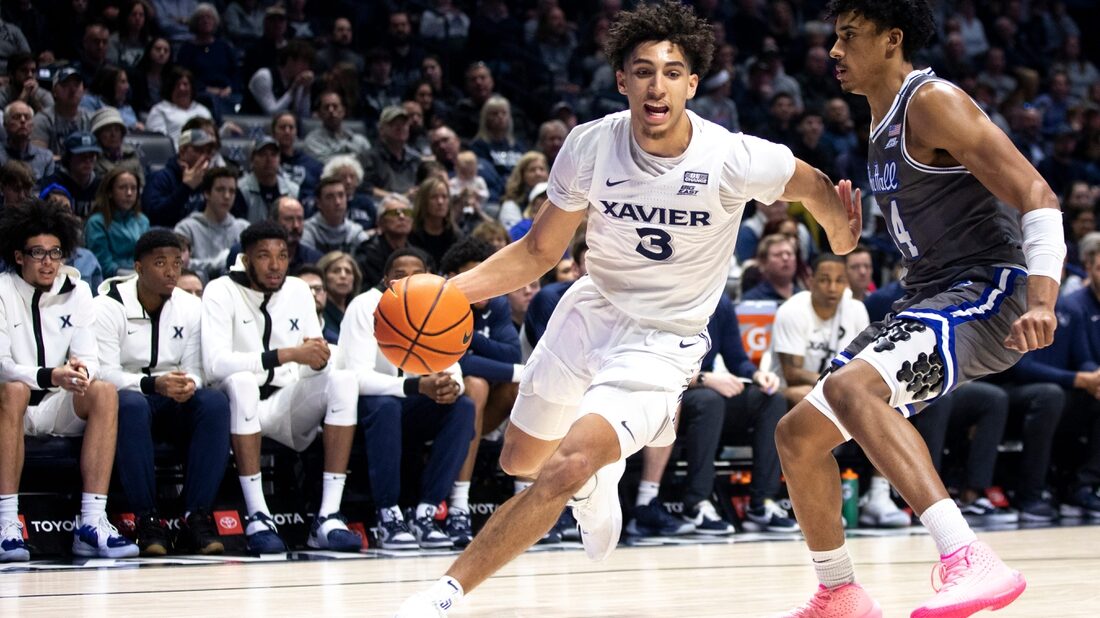 Xavier and Georgetown are in free fall, with one big difference between the Big East foes.

While the Musketeers have dropped from the top 25 and seen their projected NCAA Tournament seed plummet, the Hoyas have had an historically bad season, losing a program-record 19 straight games.

Meanwhile, the Musketeers don&rsquor;t want to think about what a loss to the lowly Hoyas would do to their postseason prospects. Once ranked #18 and with an 11-1 record, Xavier has gone 6-11 since and now sits precariously on the NCAA Tournament bubble.

The Musketeers have lost five straight, the last two to Seton Hall and St. John&rsquor;s, by 15 and 16 points, respectively.

“We&rsquor;re gonna pick ourselves off the mat,” Xavier coach Travis Steele said. “We&rsquor;ve got good guys in there.”

Three-point shooting has been a major factor in Xavier&rsquor;s slump. In each of the outings in their five-game skid, the Musketeers have been outscored from beyond the arc. While Xavier has made 26 of 102 (25.5 percent) over the stretch, opponents have hit 44 of 104 (42.3 percent).

Georgetown has been the picture of frustration in losing its last four games by single digits, including Wednesday&rsquor;s 73-68 loss to Seton Hall.

Kaiden Rice led Georgetown with 17 points, making made 5 of 8 shots from beyond the arc to break the program&rsquor;s single-season record for 3-pointers with 89. Rice surpassed the mark set by legendary Allen Iverson (87 in the 1995-96 season).

Earlier in the day, Georgetown athletic director Lee Reed issued a statement that Patrick Ewing would remain as coach next year.

“I&rsquor;m not worrying about any of that right now,” Ewing said. “I&rsquor;ll let all the other stuff work itself out as we go along at the end of the season.”

This is the lone meeting of the teams this year, a makeup of the game that was initially scheduled for Jan. 4.

In this article:georgetown, ncaab, xavier