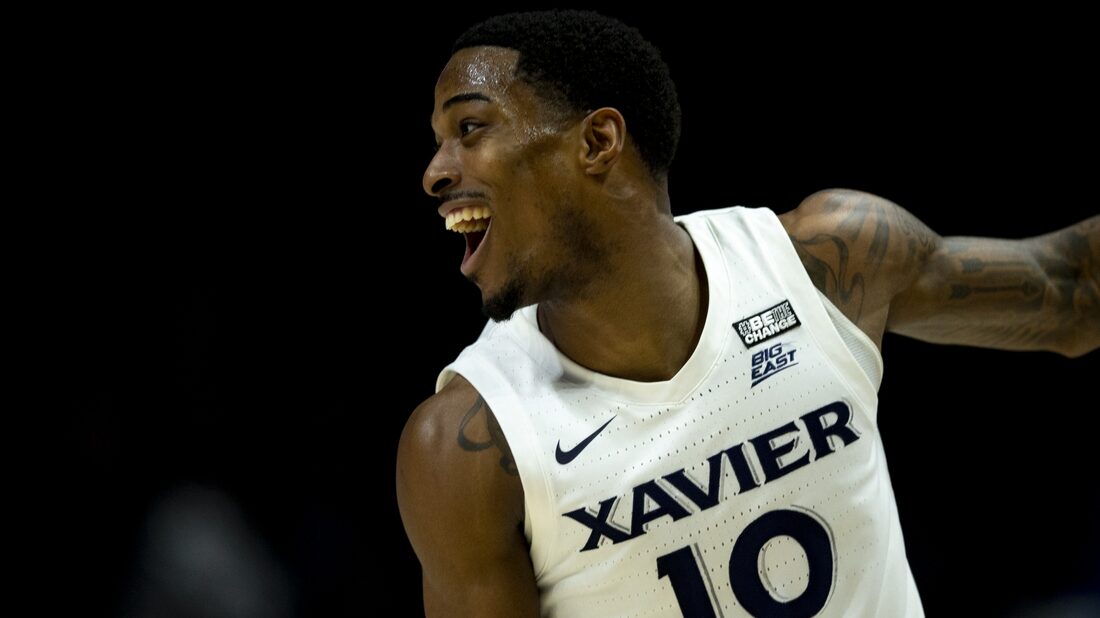 Nate Johnson and Adam Kunkel celebrated Senior Night with an early barrage of 3-pointers as Xavier snapped its five-game losing streak with a 97-75 Big East win over Georgetown on Saturday night in Cincinnati.

Johnson scored 25 points and went 7-for-11 on 3-pointers. Kunkel scored 12 points and had eight assists; he was 3-for-5 from beyond the arc.

The Musketeers had assists on 32 of their 35 field goals, including all 17 in the first half. The crisp passing created quality shots as Xavier shot 56 percent (14-for-25) on 3-pointers and 54.7 percent (35-for-64) overall. Xavier matched its season high for 3-pointers after going 26-for-102 (25.5 percent) from deep during their five-game skid. The Musketeers also had their highest-scoring game of the season.

Jack Nunge scored all 16 of his points in the first half, and Colby Jones contributed 16 points, six rebounds and seven assists for Xavier (18-12, 8-11), whose NCAA Tournament hopes are likely to hinge on how it fares in next week’s conference tourney.

On five straight trips down the floor in the first half, Johnson hit three 3-pointers and Kunkel made two. The last three 3-pointers started a 14-0 run, which Kunkel finished with a driving three-point play to give Xavier a 33-16 lead.

Nunge scored 12 of his points in the final seven minutes of the first half, including back-to-back slam dunks and two 3-pointers, the second of which came with 5 seconds left and gave Xavier a 54-30 lead at the break.

In the second half, Georgetown had a 7-0 run which Harris started with a 3-pointer and finished with a driving layup, as the Hoyas got the deficit down to 18 points at 66-48. They got within 75-60 midway through the second half when Kaiden Rice capped an 8-0 run with a 3-pointer. But Dwon Odom and Paul Scruggs answered with layups, and the Musketeers pulled away.

Senior Ramon Singh made a rare appearance with less than two minutes left and thrilled the crowd with the first basket of his college career.

In this article:georgetown, ncaab, xavier