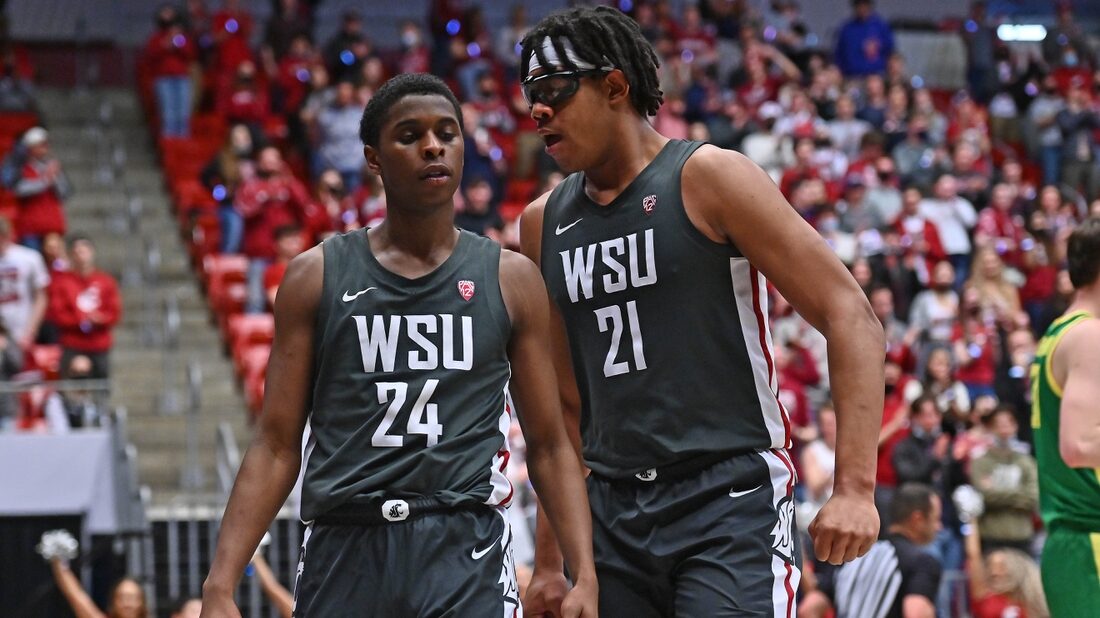 Washington State made 16 3-pointers Saturday afternoon and went on to blitz a punchless Oregon team 94-74 in Pullman, Wash.

Noah Williams led a balanced Cougars attack with 19 points, adding eight assists, and the Cougars were in control for almost the entire game in the regular season finale for both teams. It’s on to the Pac-12 Tournament in Las Vegas next week.

Tyrell Roberts scored 15 points, Efe Abogidi had 14 points with six rebounds, and the Cougars had 45 bench points to 26 for the Ducks in beating them at every turn.

The Ducks had hoped for a top-four conference tournament seed and a first-round bye, and had been in position for a possible NCAA Tournament at-large bid.

But now the Ducks – who have reached the Sweet 16 four times in the past five NCAA Tournaments — will need to win four games in a row at the Pac-12 tourney just to get into the NCAAs.

Jacob Young’s 21 points led Oregon, with Eric Williams Jr. and Franck Kepnang adding 11 apiece. Young had 14 points in the second half, but by then Washington State had built a double-digit advantage and never gave it up.

Roberts knocked down four 3-pointers in the second half as the Cougars led by as many as 25 points.

Oregon finished the regular season being swept by the Washington schools and were blown out in each game. Washington State ended the season with two wins over Oregon State and one over Oregon in less than a week.

The Cougars finished 12-6 at home this season, doing so with not only outside shooting but some impressive transition dunks that deflated the Ducks.

The last time Oregon was within striking distance, trimming the WSU lead to 27-23 with 6:45 remaining in the first half, Cougars Mouhamed Gueye dunked twice and Abogidi once as the Cougars surged to a 46-32 halftime lead.

The Ducks never got closer than 12 points in the second half.