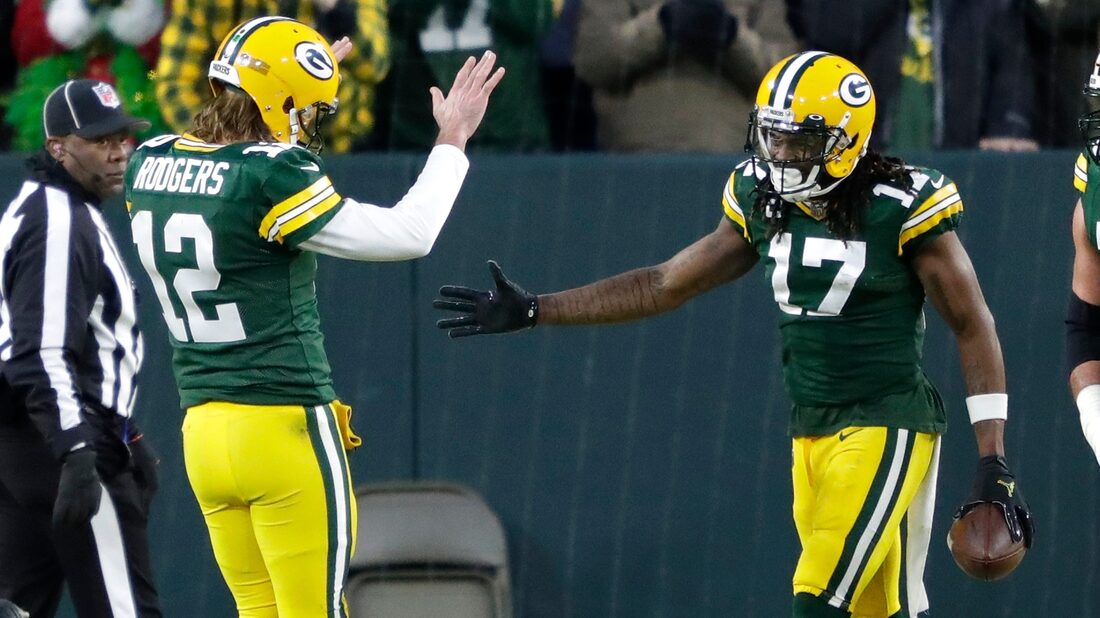 With the future of his MVP quarterback up in the air, it appears Packers wide receiver Davante Adams&rsquor; future is in Green Bay.

The Packers are planning to use the franchise tag to retain Adams, according to reports, with the two sides “not close” to a long-term contract. Adams openly insisted he should be the NFL&rsquor;s highest-paid wide receiver, a contract general manager Brian Gutekunst said the All-Pro deserves.

However, the definition of highest paid and how Adams&rsquor; deal would fit with any potential contract arrangement with Aaron Rodgers are factors that contribute to Green Bay using the franchise tag.

Adams, 29, said last summer he isn&rsquor;t offering any “hometown discounts” to remain with the Packers.

The deadline for the tag to be applied is 4 p.m. ET on Tuesday. If given the exclusive franchise tag, Adams would not be permitted to speak with other teams.

Adams, like Rodgers, also has voiced dissatisfaction with the front office. Rodgers, before returning to the Packers at the start of training camp last summer, reportedly mocked Gutekunst in a group text with teammates and called him Jerry Krause, a reference to the late Chicago Bulls general manager who was seen as a villain in the Michael Jordan docuseries, “The Last Dance.”

In July, Adams and Rodgers posted identical Instagram story photos of Jordan and Scottie Pippen, perhaps a reference at the time to their unhappiness with their team&rsquor;s handling of contract issues.

Adams exceeds the franchise tag tender value for wide receivers and would make more than $20 million in 2022. Because his cap hit was almost $16.8 million in 2021, his franchise number is $20.1 million.

Arizona Cardinals wide receiver DeAndre Hopkins signed a two-year, $54.5 million contract that would appear to imply an average annual salary of $27.25 million. But based on payouts and bonuses, his deal is closer to a three-year, $60.1 million deal according to Spotrac.