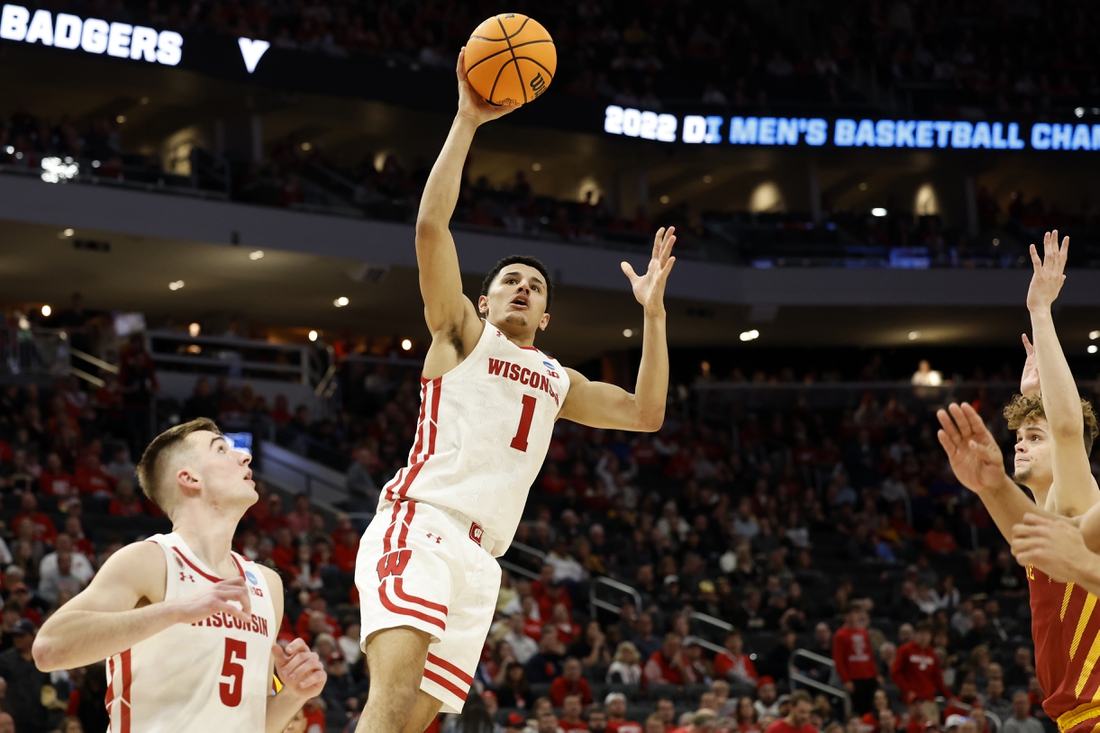 The first-team All-American and Wooden Award finalist indicated he intends to hire an agent and bypass his remaining eligibility. Davis was a sophomore this season.

“I will forever cherish the experiences I had and the relationships I built during my time in Madison and I am so thankful I chose to become a Badger,” Davis said in his announcement on Twitter. “I am extremely excited to have the opportunity to pursue a lifelong dream and will be declaring for the 2022 NBA draft.”

Davis averaged 19.7 points and 8.2 rebounds in 31 games this season and was named Big Ten Player of the Year. He also recorded 36 steals and 23 blocked shots but shot just 30.6 percent from 3-point range.

Davis is highly regarded by NBA scouts and is forecasted to be a high pick. He is currently rated as the #6 selection in the latest mock draft by NBADraft.net.

“I know the pace and style of play in the NBA is different, but I think that suits my skill set extremely well,” Davis told ESPN. “My ability to get by my defender, athleticism and strength to finish at the rim, and being a three-level scorer combined with added spacing in the NBA will give me the opportunity to be successful.”

Davis averaged 13.4 points and 6.2 rebounds in 62 games over his two seasons at Wisconsin. He came off the bench in 31 games last season and started 31 times this season.