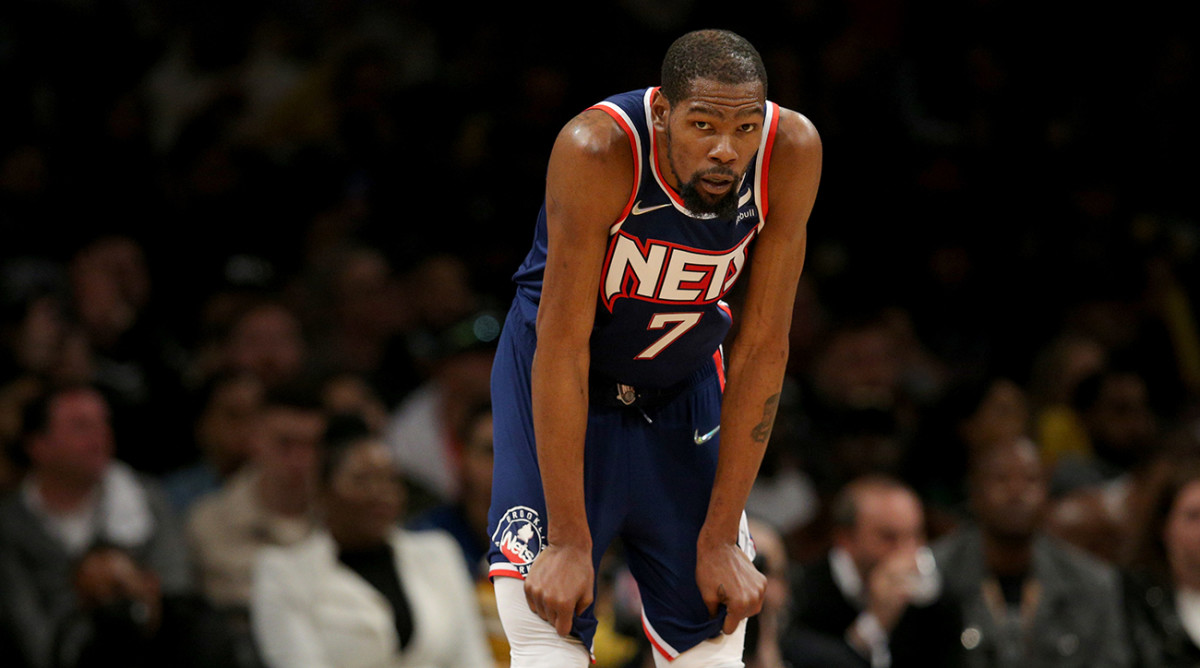 With Kyrie Irving’s status up in the air, the Nets may find themselves in a worst-case-scenario situation. If the star point guard were to leave the team in free agency this week, Kevin Durant could grow unhappy in Brooklyn and seek a trade elsewhere. And any deal for the two-time champion would be absurdly steep.

According to the The Athletic‘s Alex Schiffer, a source told him “look up the Anthony Davis trade to the Lakers and start there” when referring to what Durant would cost in this market. Back in 2019, the Pelicans traded Davis to the Lakers for a massive haul.