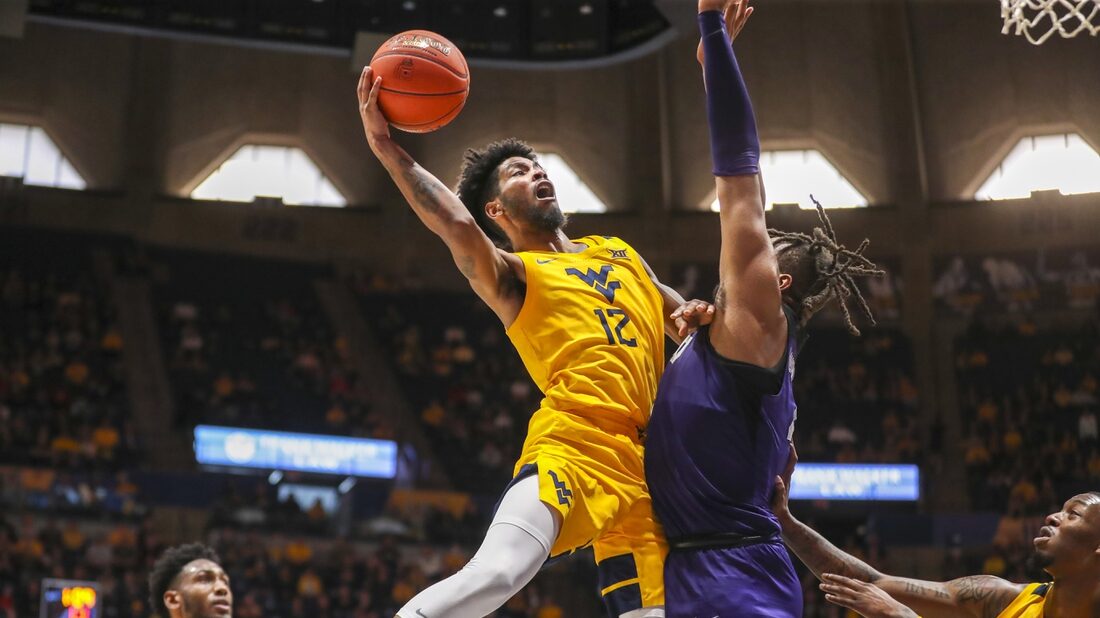 West Virginia kept its season alive with a 73-67 victory over Kansas State in the opening round of the Big 12 tournament Wednesday night in Kansas City, Mo. The reward is a matchup with #6 Kansas in the quarterfinals Thursday afternoon.

“Can I just enjoy this one for a while,” Mountaineers coach Bob Huggins said when asked about facing the Jayhawks. “We’ve had great games with them over the years. I think they’re one of (Bill Self’s) best teams.

“I think Bill ought to win a national championship. If he doesn’t, I think they probably ought to fire him. They’re really good.”

West Virginia (16-16) needs to win to assure itself a shot at a .500 record and a chance at a postseason tournament. The Mountaineers have won back-to-back games after a seven-game losing streak.

However, it won’t be easy against the Jayhawks (25-6). The Mountaineers lost by double figures both meetings during the season, falling at Kansas 85-59 in January and then 71-58 at home a month later.

“We played, in the first half at their place, really well,” Huggins said about the matchups. “We came out in the second half and didn’t play very well and they played great. I don’t even remember what happened at our place.”

West Virginia will need a better game from its leading scorer, Taz Sherman (18.3 points per game), to have much of a chance against Kansas. He finished with 16 points in the last meeting against the Jayhawks, hitting 6 of 17 shots, but he only registered nine points against Kansas State in the Big 12 opener, going just 4 of 11 from the field, including 1 of 6 from long range.

Kansas has its sights set on a #1 seed in the NCAA Tournament. A Big 12 tournament championship could get them to the top line, while an early exit could cost them.

Contrary to what Huggins said, Self doesn’t have the quality depth on the forward line. Starting center David McCormack and backup Mitch Lightfoot combine for only 14.6 points per game. Instead, the Jayhawks rely on versatile and talented guards, led by Ochai Agbaji. The unanimous Big 12 Player of the Year averages 19.8 points per game. Christian Braun adds 14.9 points per game.

“I can’t remember what I ate yesterday, but I can remember this,” Self said of the first time he saw Agbaji. “(He is) graceful, moves well, explosive, put it down two dribbles either direction, good form on his shot, smiled all the time. He just had the makings of what could potentially become a really good player. It didn’t take long to figure out that he would be good for us.”

And what’s good for the Jayhawks spells trouble for the Mountaineers, who struggled to contain Agbaji in their meetings this season. He combined to hit 7 of 14 shots from long range in the two contests, scoring 23 points in the February encounter and 20 points in the January matchup.