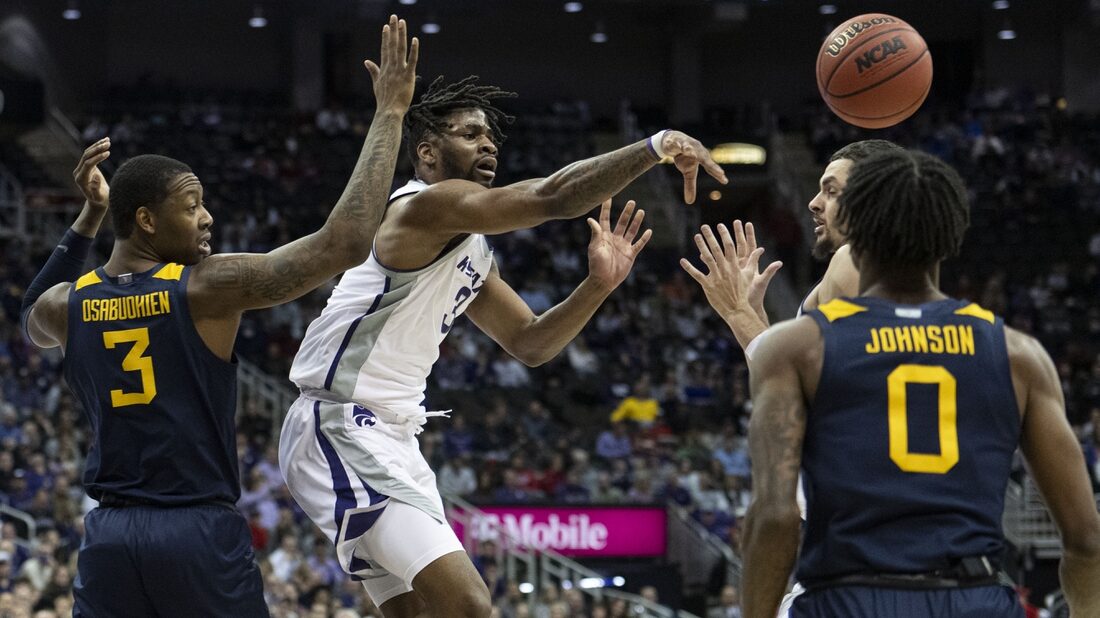 Sean McNeil had 21 points and Malik Curry added 17 as ninth-seeded West Virginia defeated eighth-seeded Kansas State 73-67 Wednesday night in the opening round of the Big 12 Championship. The Mountaineers will face #6 Kansas Thursday afternoon in the quarterfinals.

West Virginia (16-16) kept K-State at bay throughout the second half. K-State (14-17) ended the season on a six-game losing streak.

The Wildcats were led by Nijel Pack with 18 points. Mark Smith added 17 points and Ish Massoud had 13, but all of those came in the first half.

West Virginia controlled the paint, outscoring the Wildcats 32-22 in the paint. They also held a 29-5 advantage in bench points.

As in the first half, the Widlcats repeatedly responded to West Virginia’s attempts to pull away in the second half. WVU’s largest lead was 9 points.

After West Virginia took a 55-47 lead midway through the second half, Pack hit five straight free throws and Nowell drained a 3-pointer from the corner to tie it at 55-all.

K-State had multiple possessions down a point, but never could grab a second-half lead. West Virginia used an 8-0 run to build its largest lead at 69-60 with 3:30 left.

West Virginia led by 24-16 midway through the first half. But K-State chipped away, taking the lead with 3:22 left on a Pack jumper. The Mountaineers used an 8-0 run late in the half to pull away again before Massoud hit a 3-pointer with 10 seconds left to cut the halftime deficit to 38-34.

Massoud led the Wildcats with 13 points in the first half, including going 3-of-3 from 3-point range. Pack had 8 points and Smith added 7 for the Wildcats.