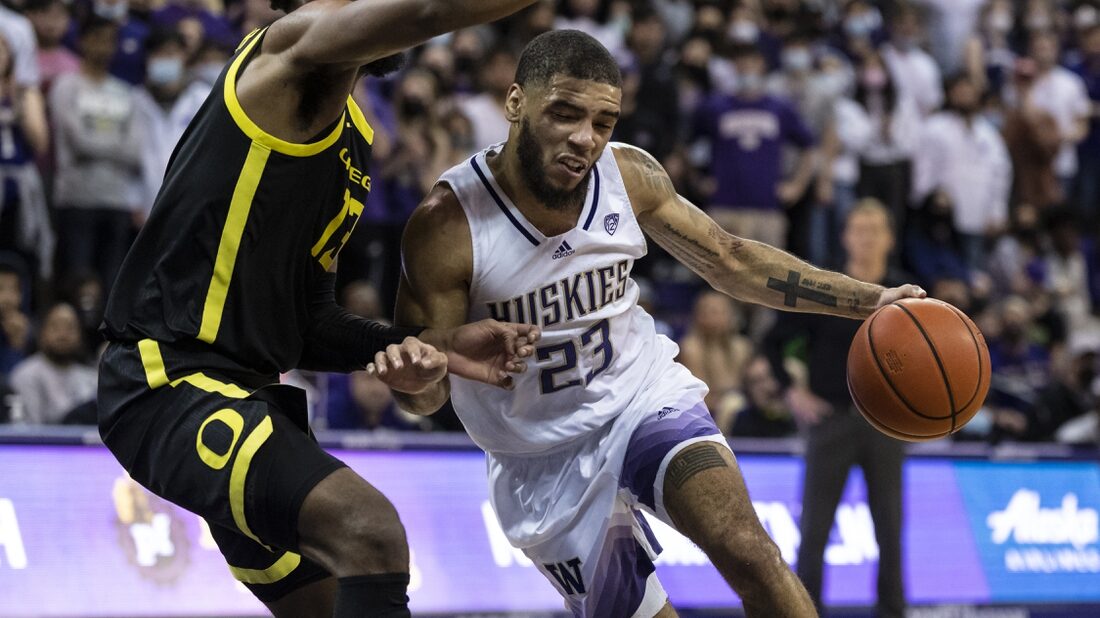 Washington can guarantee itself at least a .500 season for the first time since 2018-19 when the Huskies host struggling Oregon State in the Pac-12 regular-season finale for both teams Saturday in Seattle.

The Huskies (15-14, 10-9 Pac-12) also can finish above .500 in the conference for the first time since that 2018-19 season, the high point of coach Mike Hopkins’ five-year tenure as Washington’s coach. In that season, Washington reached the second round of the NCAA Tournament.

The Huskies would have to win next week’s Pac-12 tournament to reach the NCAAs again, but their 78-67 victory over visiting Oregon on Thursday likely ended the Ducks’ at-large hopes. It also ended a six-game Huskies’ losing streak against Oregon and marked their first home win against the Ducks since 2015.

“The word was toughness and I felt like we were tough tonight,” Hopkins said. “We made the plays we had to make, especially defensively.

“We’ve had some opportunities against the upper echelon teams in the league. We had great moments in those games but weren’t able to finish and today we finished.”

The Beavers (3-26, 1-18) have endured numerous blowouts but also squandered an 11-point halftime lead in an overtime home loss to Washington State on Monday, before losing 71-67 to the Cougars on the road Thursday.

“We responded to both of those (second-half) runs but just came up a little short,” Oregon State coach Wayne Tinkle said in a post-game radio interview.

But Hopkins doesn’t want his team taking the Beavers lightly.

“Oregon State, you can’t look at their record,” he said. “What Wayne Tinkle did last year is as good as any coach in the history of college basketball.”

The fifth-seeded Beavers were a surprise winner of the Pac-12 Tournament in 2021 and then went to the Elite Eight of the NCAAs.

“They haven’t won,” Hopkins added, “but they been in these close games. We’re going to have to play really good to beat a good team and we have to keep that focus.”

Washington guard Daejon Davis (7.6 points, 2.8 assists per game) is questionable after re-injuring his shoulder against UCLA on Monday. He originally was listed in the starting lineup versus Oregon but didn’t play.

In this article:ncaab, oregon state, washington