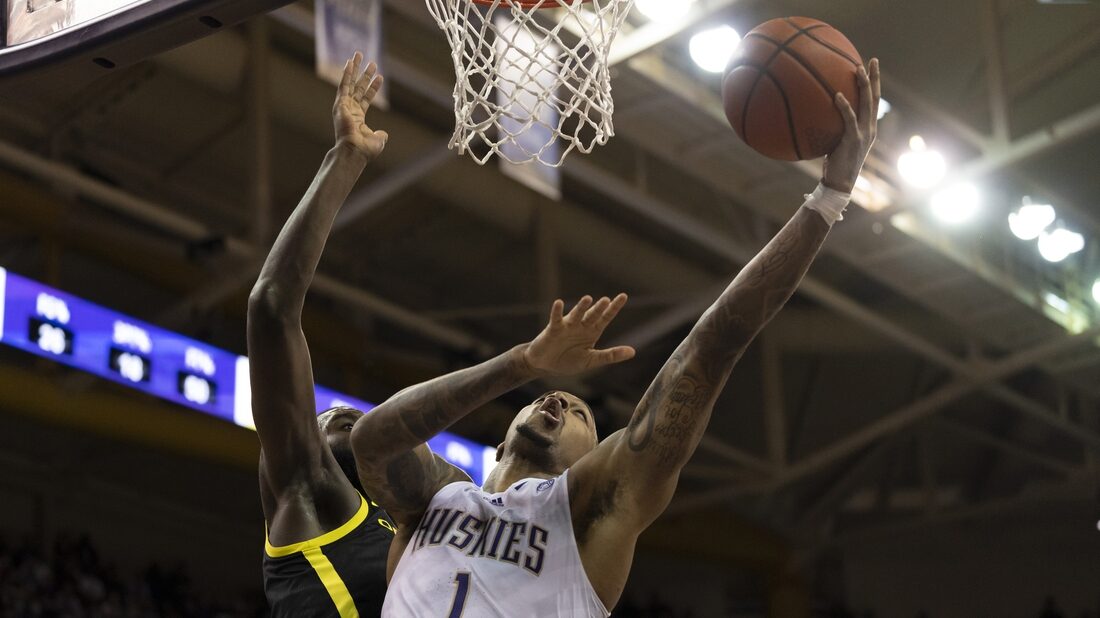 Nate Roberts established career bests of 18 points and 16 rebounds for the Huskies (15-14, 10-9), who won for just the second time in the past seven games.

In the 84-56 loss at Oregon on Jan. 23, the Huskies were never in the game and trailed 48-13 at halftime. It was a different vibe this time as Washington snapped a six-game losing streak against Oregon and beat the Ducks for just the second time in the past 14 meetings.

De’Vion Harmon scored 17 points and Quincy Guerrier added 16 as Oregon lost for the fifth time in the past seven games. Already on the NCAA Tournament bubble, the setback could leave the Ducks (18-12, 11-8) in the position of winning the Pac-12 tournament to become part of the NCAA’s 68-team field.

Jacob Young registered 14 points and seven assists for Oregon. Leading scorer Will Richardson (14.6 points per game) missed all three of his shots while going scoreless; he is averaging just 4.3 points on 3-of-24 shooting over the past three games.

Oregon connected on 38.2 percent of its shots and was 6 of 23 from behind the arc.

Washington used a 13-0 run late in the first half to open a 33-23 halftime lead. Brown scored 14 first-half points.

Washington then started the second half with an 18-5 burst. Matthews scored seven points to start the half and help UW take a 41-23 advantage.

But Oregon was unable to get within single digits as the Huskies closed it out.

In this article:cbb-ore, ncaab, oregon, washington