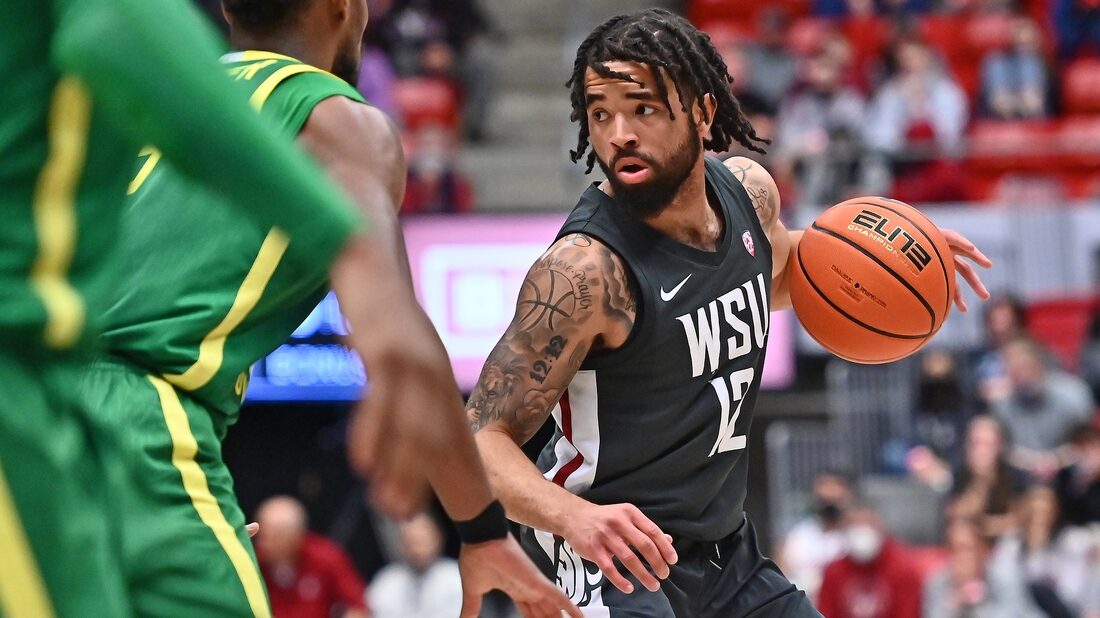 Washington State will look to build on a strong regular season-ending surge when it opens Pac-12 tournament play against Cal on Wednesday in Las Vegas.

The seventh-seeded Cougars (18-13) scored an average of 89.3 points while winning their past three games. The most recent was a 94-74 rout of visiting Oregon on Saturday.

Washington State went 2-0 in the regular season against the 10th-seeded Golden Bears (12-19), who have lost four of their past five games and 14 of 17. Cal was shellacked while losing its last two games by an average of 27.5 points — 71-44 at Arizona State last Thursday and 89-61 at #2 Arizona on Saturday.

The winner faces the second seed, #13 UCLA, in Thursday’s quarterfinals.

The Cougars’ late-season success has some wondering if they could follow in the footsteps of last season’s Oregon State squad. The Beavers ripped through the Pac-12 tourney as a #5 seed to win the title and then made a memorable Elite Eight run in the NCAA Tournament.

“Last year, we were talking about how thin the margin is,” Washington State coach Kyle Smith said during a press conference. “I feel like we’re playing better. Coming off the Oregon game, I’m excited to see how we do.”

While the offensive uptick was welcome, the Cougars allowed 79.3 points during the three wins, raising their season average to 65.3 allowed per game.

Cal’s season was already in freefall mode when it lost star forward Andre Kelly (averages of 13.4 points, 8.4 rebounds) to an ankle injury against Southern California on Jan. 29.

“We got a little fatigued and made some costly errors there in the second half defensively,” Fox said. “Against a team with as much talent as they have, you cannot afford to do that.”

Washington State is led by guard Michael Flowers (14.2 ppg). Big man Mouhamed Gueye (ankle) was on crutches earlier this week, but Smith said he is fine.

In this article:cal, ncaab, washington state