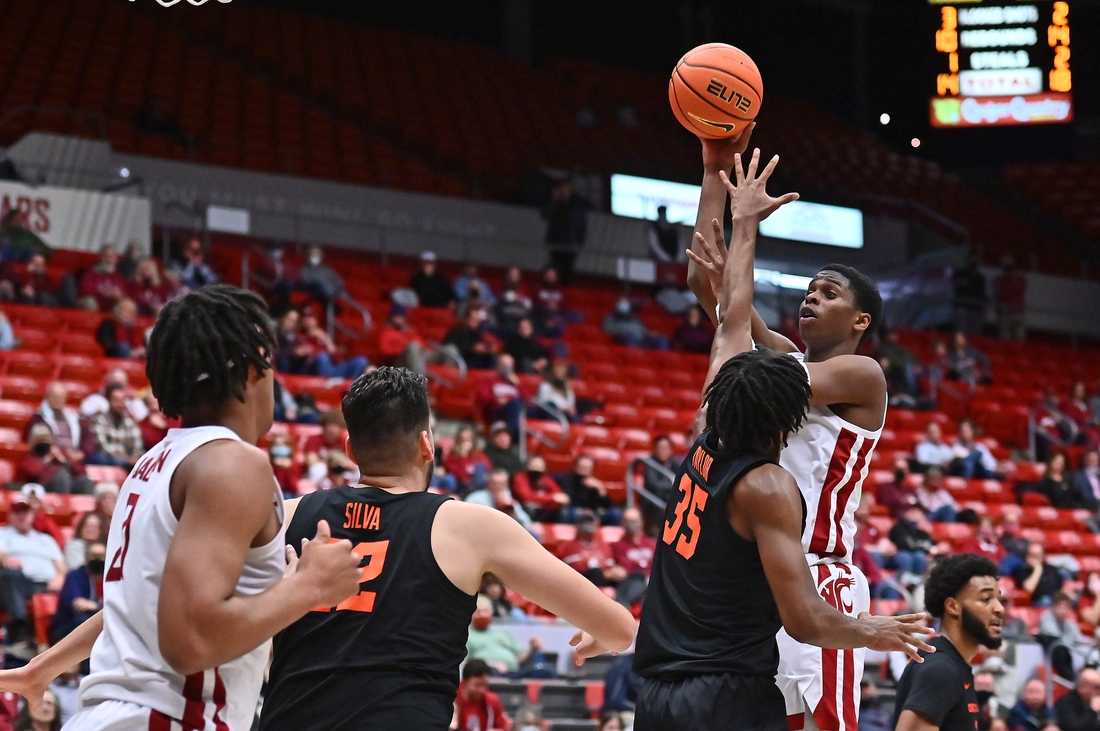 Michael Flowers added 14 points for the Cougars (17-13, 10-9 Pac-12) and Tyrell Roberts contributed 10 points, including two free throws with 14.8 seconds left that put the game out of reach.

Maurice Calloo tied his career high with 20 points for the Beavers (3-26, 1-18), who dropped their 16th consecutive game. Dexter Akanno added 12 points and Jarod Lucas chipped in 11.

Oregon State played just six scholarship players because its other six were unavailable due to injury. The missing included second-leading scorer and leading assist man Dashawn Davis and forward Warith Alatishe, a key cog in last season’s team that reached the Elite Eight.

The Beavers led at the midpoint of the second half before Washington State, which is still hoping for some kind of postseason berth, finally crawled ahead to stay. The Cougars went on a 22-10 burst over seven-plus minutes for a 68-57 lead with 2:46 remaining, then held off one last Oregon State rally.

Lucas and Glenn Taylor Jr. each played the full 40 minutes for the Beavers. Calloo and Akanno each toiled 38 minutes.

Three days after the teams played one of the season’s most entertaining games, a 103-97 Washington State overtime win in Corvallis, Oregon State got off to the same kind of fast start it enjoyed on Monday night.

On Thursday, the Beavers took a 25-16 lead at the 8:02 mark of the first half when Taylor canned a 3-pointer, forcing a Cougars timeout. Whatever coach Kyle Smith said must have registered.

At that point, Washington State buckled down defensively, allowing only seven points for the half’s remainder. A 12-0 run gave the Cougars a four-point edge before Calloo sank four foul shots to push Oregon State into a 32-32 tie at intermission.