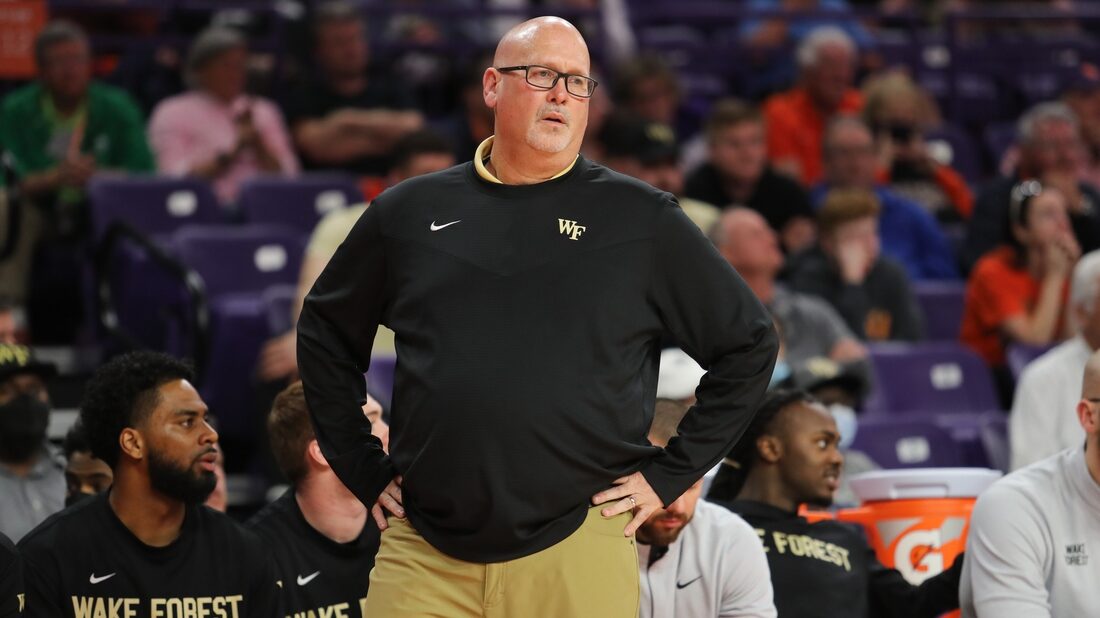 It already had been a good week for Wake Forest.

In order to make it really count, the Demon Deacons would be wise to win a game or two in the Atlantic Coast Conference tournament.

That mission begins against 13th-seeded Boston College on Wednesday afternoon in the tournament’s second round in Brooklyn, New York.

Graduate transfer Alondes Williams was voted the ACC Player of the Year and Steve Forbes was voted as the ACC Coach of the Year. It was the first time a Wake Forest player or coach earned those honors in 19 years. The last to do so was coach Skip Prosser and Josh Howard in 2003.

The fifth-seeded Demon Deacons (23-8) have won three of their last four games, but some projections for the NCAA Tournament suggest more work might be necessary to prevent a nervous Selection Sunday. That’s largely because of the team’s lowly regarded nonconference schedule.

Forbes is winding down his second season with the Demon Deacons, and on Monday the school announced that the coach signed a long-term contract extension. Wake Forest won 13 ACC games during the regular season, a 10-win improvement from last season in league competition.

“We’re working on things we need to get better at to get ready to play at a championship level,” Forbes said. “A lot has been accomplished. That’s what we’re looking for now is consistency in postseason play, because it’s March Madness or it’s March Sadness.”

Williams, who transferred from Oklahoma, is averaging 19.3 points and a league-best 5.3 assists per game.

“Alondes was just the perfect fit for us,” Forbes said. “We needed him. He needed us. We needed each other.”

Jake LaRavia of Wake Forest is an All-ACC second-team selection in his first season in the league after transferring from Indiana State.

Boston College (12-19) ended a three-game losing streak by defeating Pittsburgh 66-46 in Tuesday afternoon’s tournament opener. That was the Eagles’ first victory in ACC tournament play since 2018.

“(We competed) at a high level after a long year,” Boston College coach Earl Grant said. “To come out with great energy, guys had good spirits.”

This is Grant’s first season as a head coach in the ACC. Tuesday’s result matched the largest margin of victory for Boston College in an ACC tournament game.

“We put a four-guard lineup in so everybody could really ball handle and drive,” Grant said. “Guys just did a great job of moving the ball and being patient.”

Wake Forest beat Boston College 87-57 at home Jan. 24 in the only meeting so far this season.

The Boston College-Wake Forest winner takes on fourth-seeded Miami (22-9) on Thursday afternoon in the quarterfinals.