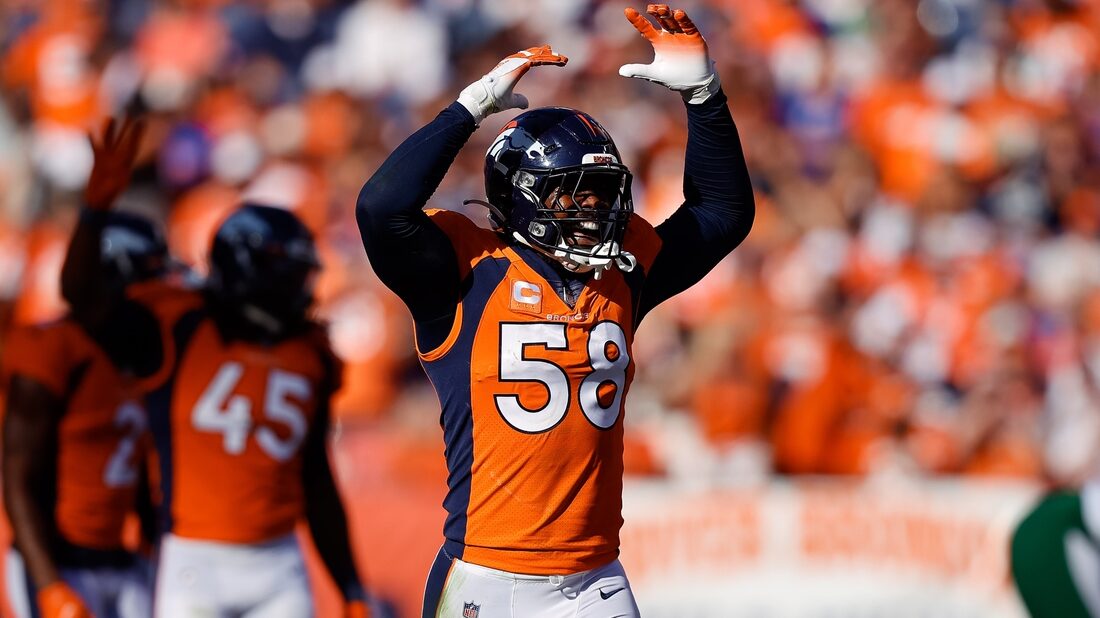 A series of social media posts Monday has energized Denver Broncos fans with the possibility that linebacker Von Miller wants to return to his longtime team.

Miller spent his first nine-plus NFL seasons in Denver before the Broncos dealt his expiring contract to the win-now Los Angeles Rams at the 2021 trade deadline. The Broncos received the Rams’ second- and third-round picks in the 2022 NFL Draft.

Now a free agent, Miller is hinting that a return to the Broncos is in the works.

In his Instagram story, he also posted photos of him from his Broncos days. In one caption, he asked if he should wear jersey #58 or 40 in blue and orange. In another, he illustrates himself wondering, “I wonder if they will give me my old locker back?”

But at the end of his Instagram story, the 32-year-old shot video of himself addressing his followers from a beach.

“I wouldn’t tease y’all like that man. First time I’ve ever been a free agent, man. I’m just sitting back on the beach, man, waiting on it,” Miller said before concluding with a shoutout to Broncos fans.

Miller joined the Rams at an auspicious time and helped them win Super Bowl LVI, recording four sacks, a forced fumble and a fumble recovery in their four playoff games. It marked Miller’s second Super Bowl ring after he led a formidable Broncos defense against the Carolina Panthers in Super Bowl 50.

The eight-time Pro Bowler missed the 2020 season with a dislocated peroneal tendon, returned and played seven games for Denver in 2021 before the trade. In 150 career games (all starts), Miller has compiled 540 tackles, 115.5 sacks, 27 forced fumbles, nine fumble recoveries and two interceptions.

He ranks 22nd in NFL history in career sacks, a stat that has been kept since 1982.