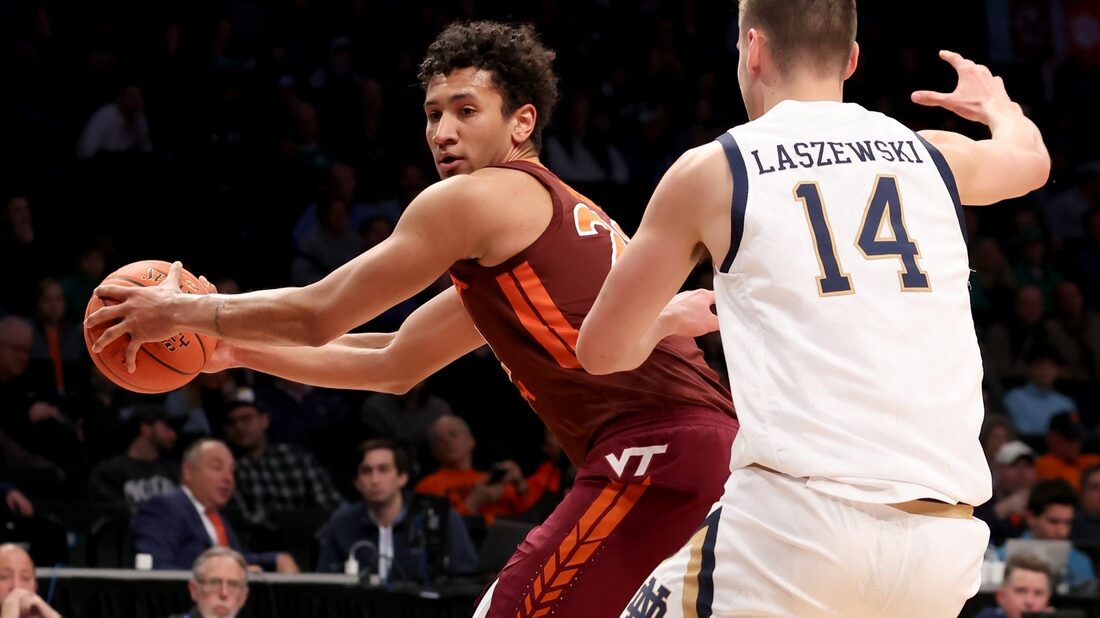 Keve Aluma scored 20 points and Justyn Mutts recorded a double-double with 11 points and 10 rebounds as Virginia Tech picked up a critical 87-80 victory over Notre Dame in an Atlantic Coast Conference tournament quarterfinal on Thursday night in New York.

The seventh-seeded Hokies (21-12) advanced to their first ACC semifinal since 2011 and will play either #3 seed North Carolina or #6 seed Virginia on Friday. Virginia Tech never trailed against the second-seeded Fighting Irish (22-10), whom it beat for the second time this season.

Back to back 3-pointers by Murphy helped the Hokies take a 79-68 lead with 1:51 remaining. But Cormac Ryan scored five points during a 7-0 Notre Dame run, which pulled the Irish within four with 48 seconds left.

Mutts, who also had five assists, came up with a key block — one of three for the game — on Nate Laszewski, and both Pedulla and Hunter Cattoor hit a pair of free throws to help Virginia Tech hang on for the win.

The Fighting Irish, who were led by Prentiss Hubb’s 23 points and five assists, cleaned things up in the second half with only two more turnovers. But Notre Dame was unable to disrupt Virginia Tech’s offensive efficiency.

Ryan scored 20 points and had five rebounds while Laszewski also had a double-double with 12 points and 10 rebounds for Notre Dame, which had won eight of its previous 10 heading into the ACC tournament. Dane Goodwin finished with 11 points, three rebounds and three assists for the Irish as well.