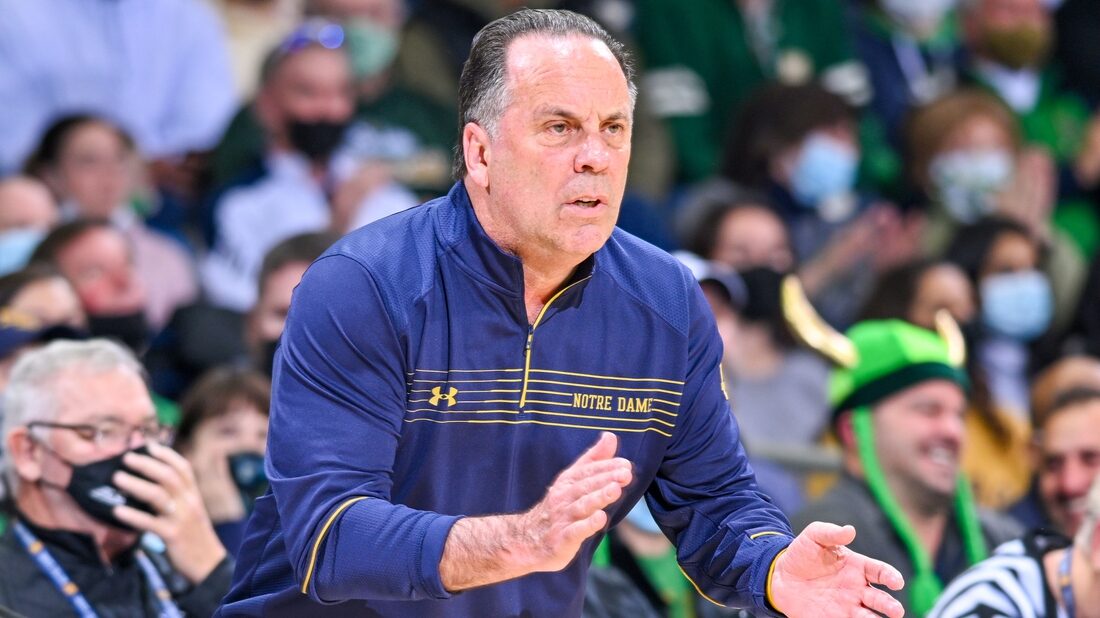 Notre Dame looks to have a berth assured in the NCAA Tournament, but not by much. Virginia Tech appears to be on the outside looking in, but also just barely.

When the Fighting Irish meet the Hokies on Thursday night in the Atlantic Coast Conference tournament quarterfinals in New York, would a win by Virginia Tech be enough to flip the NCAA Tournament fates of the teams?

Probably not. But it would help enhance Virginia Tech’s resume and of course keep the Hokies alive for the automatic bid that accompanies the ACC tourney winner.

Seventh-seeded Virginia Tech (20-12) survived on Wednesday night with a 76-75 overtime win against 10th-seeded Clemson as Darius Maddox calmly drilled a perfectly timed 3-pointer, the buzzer sounding as the ball dropped through the net.

“That was a guy making a big-league play,” Hokies third-year coach Mike Young said after his first ACC tournament win.

It was the second such game-winner for Maddox in less than two weeks. On Feb. 26, his 3-pointer with 12 seconds left was the difference in Virginia Tech’s 71-70 win at Miami.

However, Storm Murphy made a big 3-pointer near the end of regulation to help the Hokies get a reprieve.

Waiting for them in the quarterfinals is second-seeded Notre Dame (22-9). The Fighting Irish closed the regular season with a 78-54 romp over visiting Pitt on Saturday.

Virginia Tech won this year’s lone meeting with Notre Dame, 79-73 on Jan. 15 in Blacksburg, Va., rallying at home from 10 down in the final 15 minutes. Justyn Mutts and Nahiem Alleyne combined for 46 points on 17-of-21 shooting as the Hokies overcame the Fighting Irish, who committed just three turnovers.

“They believe they can play until April. And they’re ripe,” Brey said after the Pitt win. “There’s a calm about this group. I’ve never been more excited taking a team into the postseason.”