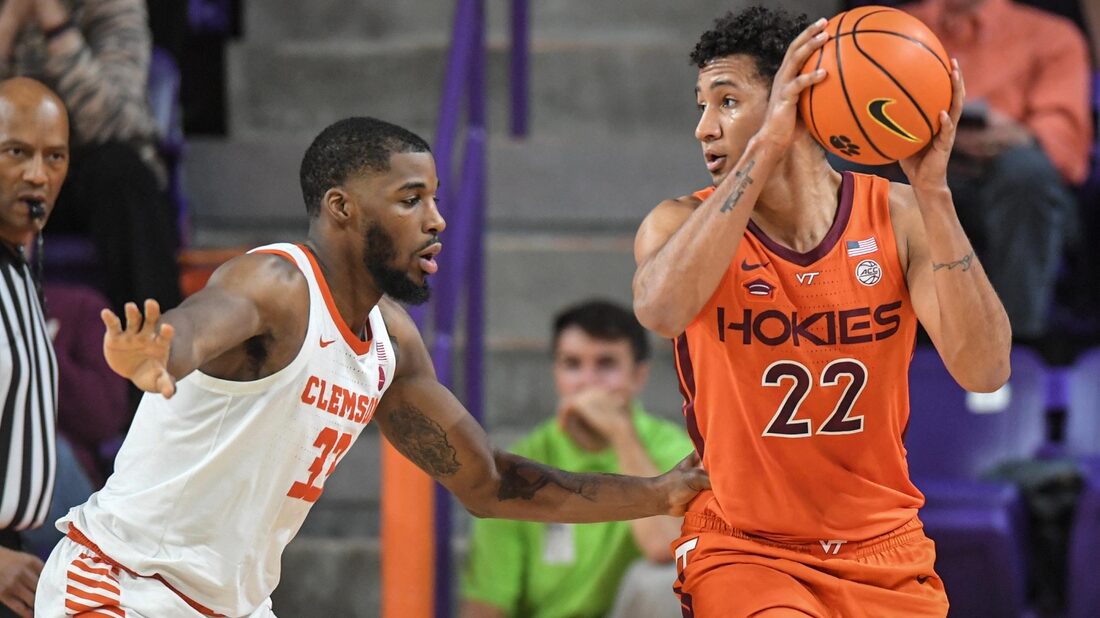 Seventh-seeded Virginia Tech will look to boost its chances of reaching the NCAA Tournament when it plays its Atlantic Coast Conference tournament opener against 10th-seeded Clemson on Wednesday in New York.

The Hokies (19-12) engineered a remarkable turnaround to their season after a dismal start in conference play. Virginia Tech lost seven of its first nine conference games but has responded by winning nine of 11 games since then to creep into the NCAA Tournament picture.

Virginia Tech coach Mike Young knows the team&rsquor;s postseason fate is uncertain, but he is keeping his focus on the task at hand.

“One day at a time,” Young said, according to Roanoke.com. “Do our best to prepare and play well on Wednesday. Find a way to win. And then you move along — one-game seasons, and you hope that there&rsquor;s some of those. But again, the only one that matters is that one on Wednesday.”

Although they have been playing their best basketball of the season down the stretch, the Hokies did experience a setback last time out against the opponent they will see on Wednesday. Clemson (17-15) defeated visiting Virginia Tech 63-59 on Saturday, giving the Tigers some momentum heading into the ACC tournament.

While the Hokies had the luxury of a first-round bye in the tourney at New York, Clemson fought off 15th-seeded North Carolina State 70-64 on Tuesday. PJ Hall led the Tigers with 18 points, and the Clemson defense held the Wolfpack to 34.9 percent field-goal shooting and 4-of-23 success (17.4 percent) from 3-point range.

Following the victory, Clemson coach Brad Brownell reflected on the Saturday game against Virginia Tech while looking ahead to the rematch.

“Our guys fought like crazy in that (Saturday) game,” Brownell said. “We&rsquor;re going to have to play with maximum effort and shoot the ball probably better than we did (Tuesday) to beat a really good team.”

The winner of the Virginia Tech-Clemson game will take on second-seeded Notre Dame in the quarterfinals on Thursday night.