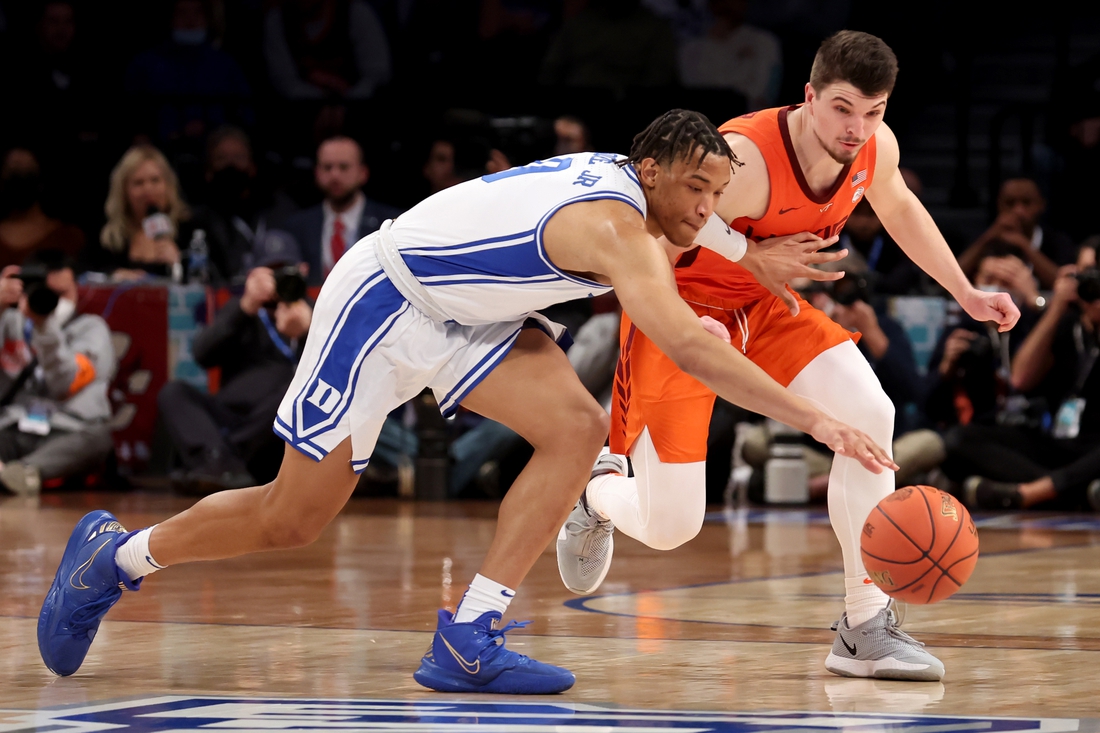 Hunter Cattoor scored a career high 31 points as he led Virginia Tech to perhaps its biggest win in program history, 82-67, over Duke on Saturday night in the Atlantic Coast Conference tournament final in New York.

Keve Aluma added 19 points, 10 rebounds and seven assists as the seventh-seeded Hokies (23-12) captured their first ACC tournament title since joining the league in 2004-05 and earned an automatic berth into the NCAA Tournament.

Duke (28-6) got 20 points and five rebounds from Paolo Banchero. Wendell Moore Jr. added 11 points and six rebounds for the Blue Devils, who were beaten badly from the arc as they shot just 4 of 20 (20 percent) while Virginia Tech hit 10 of 22 (45.5 percent) from long distance.

It was the 13th win in the last 15 games for Tech after a 10-10 start. Hokies coach Mike Young improved to 6-0 in conference title games after winning all five of his appearances in the Southern Conference final as coach at Wofford.

The Hokies took the lead late in the first half, stretched it to double digits early in the second half and held it the rest of the way. Duke pulled to within five points on two occasions in the final 14 minutes, but the Hokies had all the answers.

Then Aluma did the rest late as he made a pair of free throws and followed with a pass to Justyn Mutts for a slam dunk with 2:26 left. When Aluma added a fastbreak layup, the Hokies were home free with a 78-64 lead.

The first half was a clinic in offensive execution. While Tech made 56.7 percent of its shots, including 7 of 10 from beyond the arc, and committed just five turnovers, Duke shot 57.7 percent from the floor and four turnovers.

In the first 13 minutes, Cattoor made all four of his 3-point attempts and scored 17 points. But Duke answered him shot for shot as a 3-pointer by AJ Griffin gave the Blue Devils a 29-27 lead.

But that’s when Aluma heated up. After failing to score in the first 13 minutes, Aluma put up 11 points before the break, six of which fueled an 8-0 run. Then when he drilled a 3-pointer, he gave Tech a 38-31 lead.

Early in the second half, Cattoor drained a 3-pointer and followed with a fastbreak 3-point play as Tech grabbed a 55-45 lead.