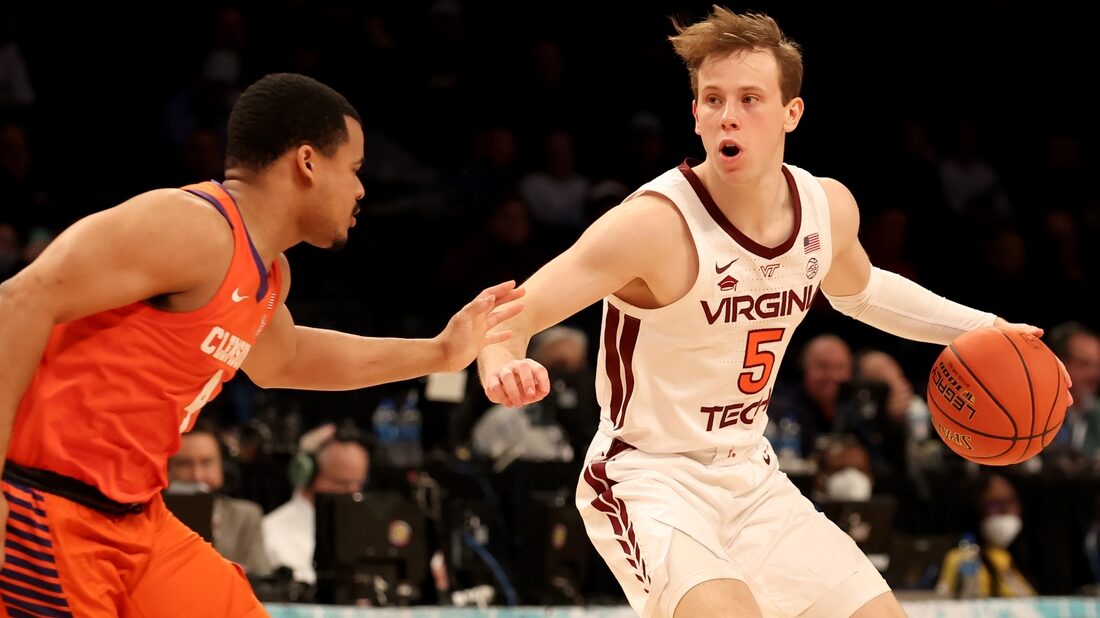 Darius Maddox hit a 3-pointer at the buzzer to give Virginia Tech a 76-75 overtime win over Clemson in the second round of the Atlantic Coast Conference tournament Wednesday night in New York.

Clemson, which trailed by 11 points with 5:10 left in regulation, took a 75-73 lead when P.J. Hall hit the second of two free throws with 6.7 seconds left in OT. Maddox, a reserve who finished with eight points, dribbled down the floor and pulled up from the left wing before shooting over the outstretched arm of a Clemson defender.

Hall led 10th-seeded Clemson (17-16) with 16 points. He sent the game to overtime by making a jump hook with 7.7 seconds left in regulation.

Clemson, which closed the regular season with a 63-59 home victory over Virginia Tech on Saturday, couldn’t repeat the feat four days later. Chase Hunter scored 13 points and David Collins and Hunter Tyson each had 12 for the Tigers.

The Tigers trailed by 14 points early in the second half and still were down by 11 when Tyson began the comeback with a three-point play. That triggered a 14-2 run, which Nick Honor culminated with a 3-pointer that gave Clemson a 62-61 lead with 1:15 left.

Mutts and Tyson exchanged baskets before Murphy gave Tech a 66-64 lead by hitting a 3-pointer with 19 seconds left. But Hall’s basket forced overtime.

In the first half, with the Hokies offense in need of a spark, David N’Guessan and Sean Pedulla came off the bench and combined for 13 straight Tech points in a span of less than six minutes.

Clemson led 19-18 midway through the first half when Tech went on a 9-1 run. Pedulla fueled the spurt with four free throws and Hunter Cattoor finished it with a 3-pointer that gave the Hokies a 27-20 lead.

Murphy hit four 3-pointers in a span of less than four minutes late in the half to help Tech lead 43-32 at intermission.