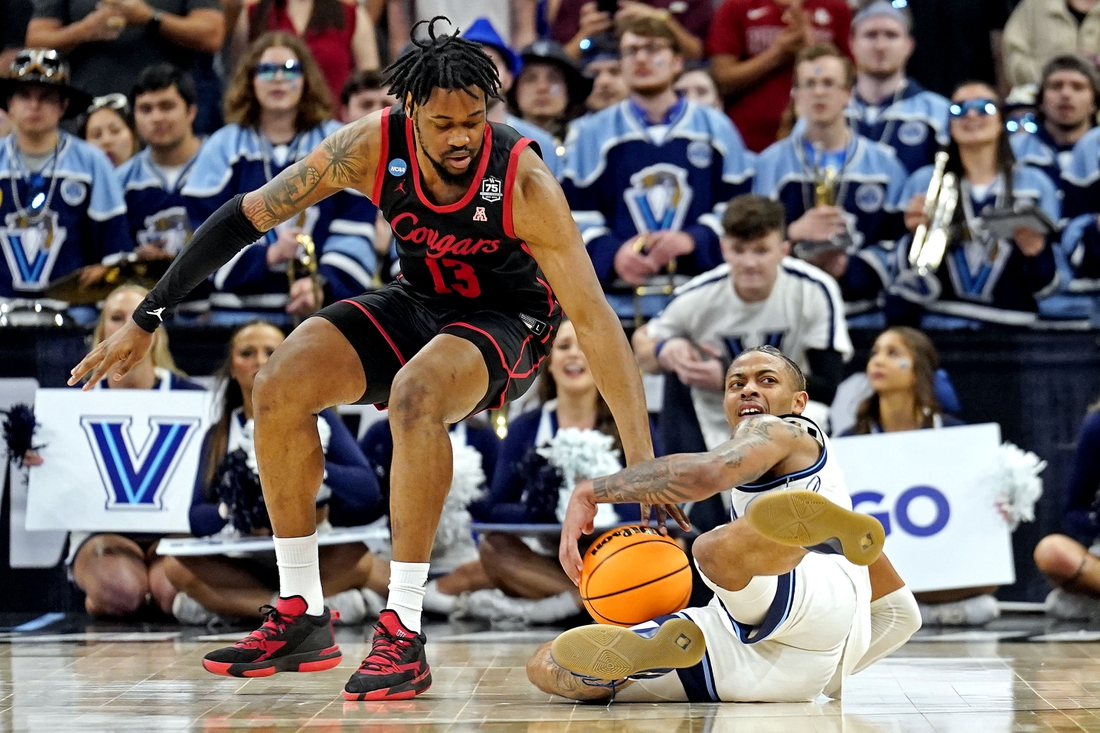 Moore sustained the injury after slipping while driving to the lane with 35 seconds left in the second-seeded Wildcats’ 50-44 win over fifth-seeded Houston on Saturday. The victory propelled Villanova into the Final Four for the seventh time in school history, however Moore’s involvement going forward is in jeopardy.

Teammate Collin Gillespie said he knows how Moore feels, having torn a ligament in his knee last March.

“I’ve been in that position before,” Gillespie said. “I know what it feels like. We don’t know what the injury is yet. He still has to get checked. … He’s done so much for his team, always guards the best player, is one of our best offensive players and will do anything for any one of our guys on either end of the floor.”

Caleb Daniels would draw into the lineup if Moore is unable to play for Villanova (30-7), which faces the winner of Sunday’s Midwest Region final between Kansas and Miami on April 2 in New Orleans.

Moore ranks second on the team in scoring (14.8) in 36 games this season. He also averages 4.8 rebounds and 2.3 assists and is second on the Wildcats with 80 3-point field goals.

Daniels is averaging 10.2 points and 3.8 rebounds per game this season.