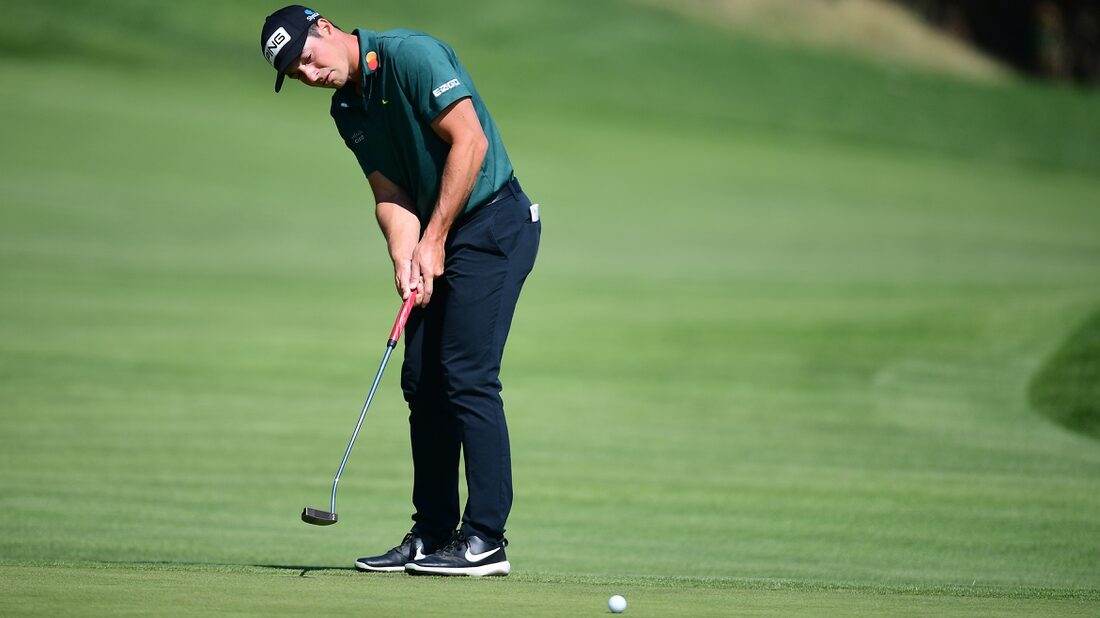 Hovland’s 6-under-par 66 moved him to 9-under 135 for the tournament, good for a two-shot lead over Talor Gooch, England’s Tyrrell Hatton and Northern Ireland’s Rory McIlroy.

Billy Horschel (71 on Friday) is alone in fifth place at 6 under, and no one else is closer than six strokes behind Hovland, who needed just 23 putts to complete the low round of the day at Bay Hill Club & Lodge.

“I knew I putted well, but I didn’t know it was 23,” Hovland said. “I just really saw the lines really well and able to start it online. Sometimes when you see a couple go in early, it’s easy to keep that feel going throughout the day.”

Hovland began on the back nine and birdied Nos. 10 and 12 early. After recording his lone bogey at the par-4 13th, he strung together three birdies at Nos. 15-17, the first of which fell from 26 feet away. He wrapped up with birdies at the par-5 fourth and sixth holes.

The 24-year-old has notched three wins since November — the World Wide Technology Championship at Mayakoba, the Hero World Challenge (an unofficial event) and the Dubai Desert Classic on the DP World Tour. It helped him rocket to #4 in the Official World Golf Ranking.

McIlroy (72) and Gooch (68) faded down the stretch to give Hovland some cushion at the top.

McIlroy led after one round and made a bogey and three birdies on the front nine Friday afternoon to get to 9 under with Hovland. But he three-putted for bogey at the par-4 15th, badly missed a birdie putt at the par-5 16th and missed the green on the par-3 17th en route to another bogey.

“Those are the sort of greens you expect to see late on a Sunday, not late on a Friday,” McIlroy, the 2018 champion, said. “It’s going to be interesting to see where they go from here, but it’s going to be a good test over the weekend. I’m glad I got 18 holes in those conditions because the course definitely changed a lot from when I played it yesterday morning to this afternoon.”

Gooch started on the back nine, which was highlighted by a 48-foot eagle putt at #16. Two more birdies got him to 8 under, but he gave one back with a bogey at his last hole, the ninth.

“I was just saying, the birdie fest weeks you can kind of fake it from tee to green, and then it becomes a putting contest,” Gooch said. “Here there’s no faking it in any shape or form of the word fake. I mean, the cream rises, and it’s going to expose you if you’re not on your A game.”

Hatton carded an eagle on #12, four birdies and two bogeys while compiling a 68.

Seven players are tied for sixth at 3 under. World #1 Jon Rahm of Spain shot a 70 to move to 2 under.