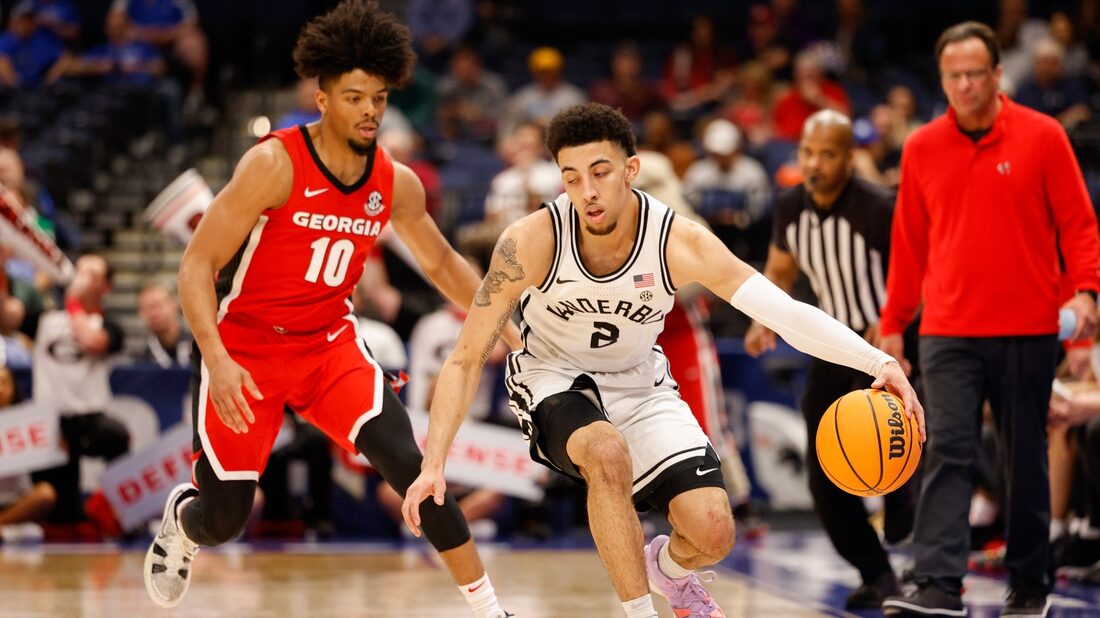 Scotty Pippen Jr. led a balanced attack with 14 points and Vanderbilt used a dominating first half to roll to an 86-51 victory over 14th-seeded Georgia in the first round of the SEC tournament on Wednesday in Tampa, Fla.

Jordan Wright finished with 11 points and a team-high seven rebounds for 11th-seeded Vanderbilt (16-15), which advanced to play sixth-seeded Alabama (19-12) in the second round on Thursday.

Myles Stute had 11 points and five rebounds for the Commodores, who held Georgia (6-26) to 14 first-half points en route to defeating the Bulldogs for the third time this season. Vanderbilt, which also got 10 points from Shane Dezonie, led by as many as 37 in the second half.

Braelen Bridges had 15 points and a game-high 11 rebounds for the Bulldogs, who ended the worst season in school history with their 26th loss, the most ever by an SEC team in a single season. Kario Oquendo scored 11 points for Georgia, which ended the season with 12 consecutive losses.

Vanderbilt held Georgia to 29.8 percent (14-for-47) shooting from the field, including 11.8 percent (2-for-17) from beyond the arc. The Commodores outrebounded the Bulldogs 43-31 and converted 15 Georgia turnovers into 20 points.

The Commodores led 9-8 with 12:11 left in the first half before going on a 26-6 run during which they held Georgia without a field goal. The Bulldogs missed their last 12 shots from the field.

Georgia was abysmal in the first 20 minutes en route to posting its lowest first-half total of the season. The Bulldogs shot 18.2 percent (4-for-22) from the field, including 0-for-7 on 3-point attempts, and were 6-for-12 from the foul line.

Bridges scored a team-high seven first-half points, with Oquendo adding five and Christian Wright accounting for the other two.

In this article:georgia, ncaab, vanderbilt