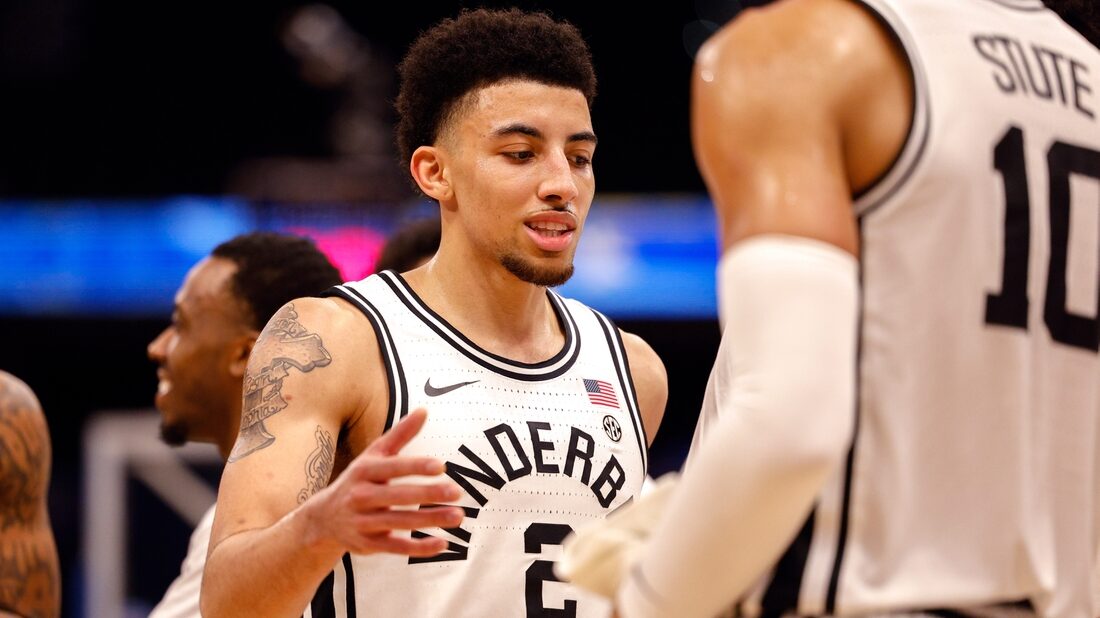 After Vanderbilt routed Georgia in the first round of the Southeastern Conference tournament, Scotty Pippen Jr. indulged in some postgame shots at Thursday night’s opponent, Alabama.

Twenty-six points and seven assists later, Pippen cashed the check his mouth wrote. The Commodores upset the Crimson Tide 82-76, earning them a quarterfinal shot at fifth-ranked Kentucky on Friday night in Tampa, Fla.

Pippen struggled to make shots, connecting on just 5 of 19 attempts. But the son of NBA Hall of Famer Scottie Pippen made up for that by earning 21 free throws, sinking 15. Combined with six 3-pointers and 18 points from Myles Stute, it was enough to enable Vanderbilt (17-15) to overcome a 15-point second-half deficit.

“They weren’t very happy with my comments,” Pippen said of Alabama. “It put a chip on their shoulder and it put a chip on mine, too. I had to back it up. We knew it would be a fight tonight, so it felt good to get the win after saying that.”

While the Commodores finished 11th in the SEC, Pippen has mostly lived up to billing as the preseason SEC Player of the Year. He enters their third matchup with Kentucky averaging 20.5 points, 4.2 assists and 2.0 steals.

“It was an awesome game,” Stackhouse said. “We needed every contribution we got from our guys against that team. Our guys continued to fight — we didn’t have a good first half — but we got some wonderful results in the end.”

Playing its third game in as many nights might make getting more wonderful results tough against a Wildcats team looking to make a statement and earn a high seed for next week’s NCAA Tournament.

Kentucky (25-6) is coming off a 71-63 win Saturday at Florida behind 27 points and 15 rebounds from national Player of the Year candidate Oscar Tshiebwe, his 25th double-double of the season. Tshiebwe ended the season averaging 17.3 points and 15.3 rebounds per game; the latter figure easily leads Division I.

“I’ll be surprised, but I’ve been surprised before,” Wildcats coach John Calipari said when asked whether he could see anyone but Tshiebwe winning. “The things he’s done haven’t been done in 50 years.”

How dominant has Tshiebwe been on the boards? His 164 offensive rebounds are 30 more than a teammate has grabbed in total. In addition, he’s also the team leader in steals (58) and blocked shots (46).

Tshiebwe has averaged 20.5 ppg and 15 rebounds in Kentucky’s two wins over Vanderbilt — an 78-66 decision in Nashville that wasn’t that close and a 77-70 triumph in the rematch that was tight for 40 minutes.

Calipari is girding for a 40-minute fight from the Commodores.

“They’ve won three or four in a row now,” he said. “They’ve got everybody healthy. They’re dangerous and playing as well as anyone in our league right now.”

In this article:cbb-uk, kentucky, ncaab, vanderbilt