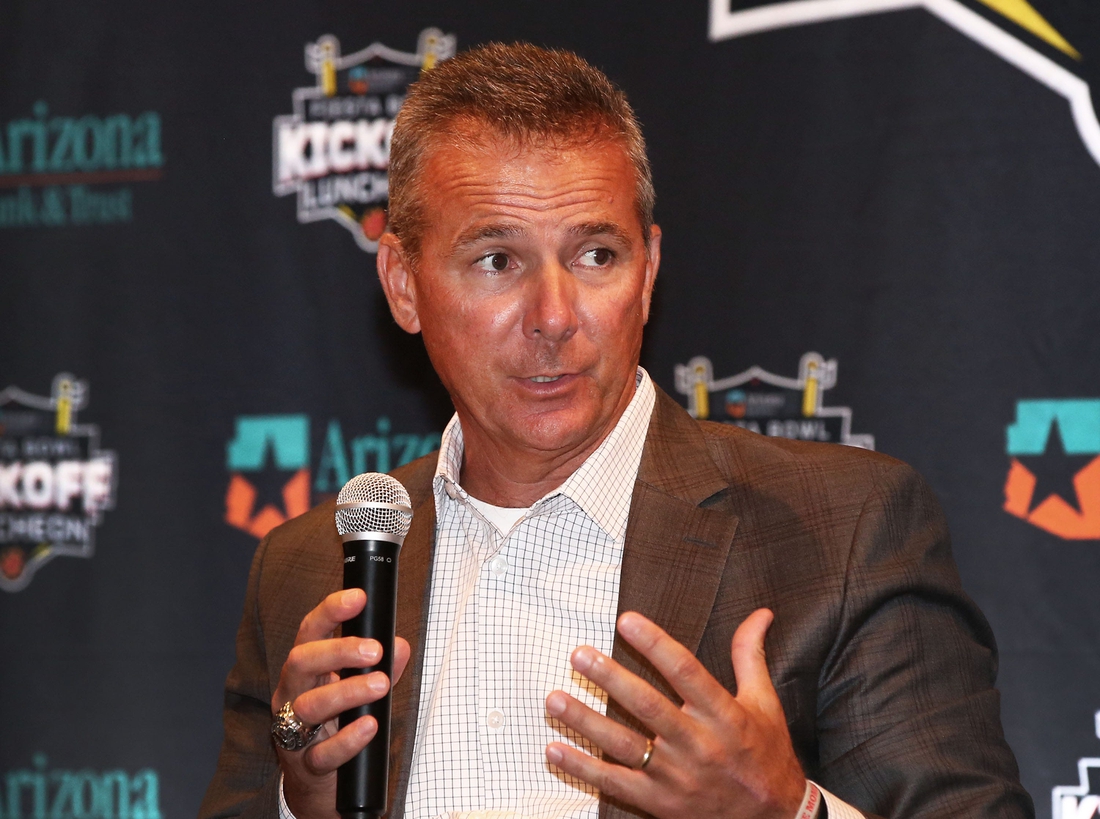 Urban Meyer is preparing a return. Not to coaching, but to the broadcast world.

The former college head coach who badly bombed in his NFL stint with the Jacksonville Jaguars last season, told “The Tim May Podcast” that he plans to again be part of the Fox Sports studio show.

“I love Fox. I love their team and their guys,” Meyer said on the podcast this week. “There’s nothing that’s been finalized yet, but I plan on going back and doing it. I really enjoyed that.”

Meyer, 57, was fired from Jacksonville after a series of embarrassing incidents as well as poor on-field performance. The Jaguars were 2-11 when he was released, meaning Meyer lost more times in 13 NFL games than he did in seven seasons at Ohio State, where he was 83-9 from 2012-18.

Among the incidents with the Jaguars last season was the one when Meyer didn’t fly back home with the team after a last-second 24-21 loss to the Cincinnati Bengals on Sept. 30 on “Thursday Night Football.” Instead, the married Meyer was seen on video with a woman closely dancing on him in a bar in Columbus, Ohio.

In December, Meyer denied reports that he called his coaching staff losers, and he also downplayed an incident with receiver Marvin Jones in which the veteran confronted the coach. Meyer also said anyone who was leaking information would be fired.

The final nail was provided by former Jaguars kicker Josh Lambo, who told the Tampa Bay Times that Meyer kicked him in the leg during a preseason stretching workout session.

In a report published Dec. 15, Lambo said he responded to Meyer’s kick with “Don’t you ever f–king kick me again!” And his response was, “I’m the head ball coach, I’ll kick you whenever the f–k I want.”

Tim May is a former writer for the Columbus Dispatch who covered Meyer during his tenure as Ohio State coach.