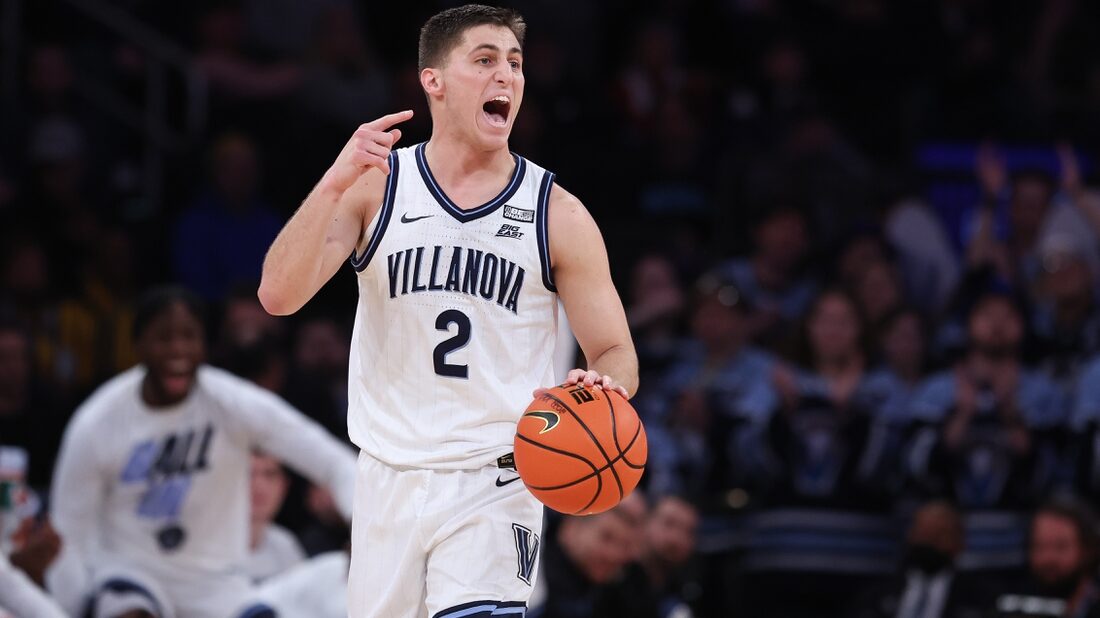 Villanova will begin its quest for a fourth national championship when it battles #15 seed Delaware in the opening round of the NCAA Tournament’s South region on Friday in Pittsburgh.

The second-seeded Wildcats (26-7) recently captured their fifth Big East tournament title in the past seven years. With an NCAA Tournament win, Villanova would face either #7 seed Ohio State or #10 seed Loyola-Chicago in the second round on Sunday.

The Wildcats have reached the NCAA Tournament 16 times in the past 17 seasons with national championships in 2016 and ’18. It has a special feel this season after enduring COVID-19 rules for two years, including the inability to fully gather and celebrate on Selection Sunday.

“It never gets old,” Villanova coach Jay Wright said. “This year, it’s kind of special after not doing it for two years. I think we’re all back to being excited again and I think we might be a little overly excited because we haven’t done it in a couple of years.

The Wildcats will be led by National Player of the Year candidate Collin Gillespie, who was named Most Outstanding Player of the Big East tournament after scoring 17 points in the title game against Creighton. The fifth-year senior suffered a knee injury and was unable to participate in the NCAAs last season.

“I just knew that I wanted to get healthy and I wasn’t really focused on anything else,” Gillespie said. “I just wanted to come back and be at full strength again, be able to play how I played. And the best place to do that was here at Villanova with people who care about me and love me.”

Delaware (22-12) captured its sixth career NCAA Tournament appearance with a 59-55 victory over UNC Wilmington in the championship game of the Colonial Athletic Association tournament.

The Blue Hens will be competing in the NCAA Tournament for the first time since 2014.

But this matchup looks to be daunting since Delaware has never beaten Villanova, losing all 15 meetings.

To make matters worse, the #15 seed has upset a #2 seed only nine times in 144 first-round games since the NCAA Tournament was expanded to 64 teams in 1985.

Delaware will be searching for its first-ever NCAA Tournament win in its sixth appearance. Though the odds are long, the group isn’t fazed.

“This has been a heck of a journey for this basketball team,” Ingelsby said. “This is why our seniors came back. We’d talked about this for a long, long time.”