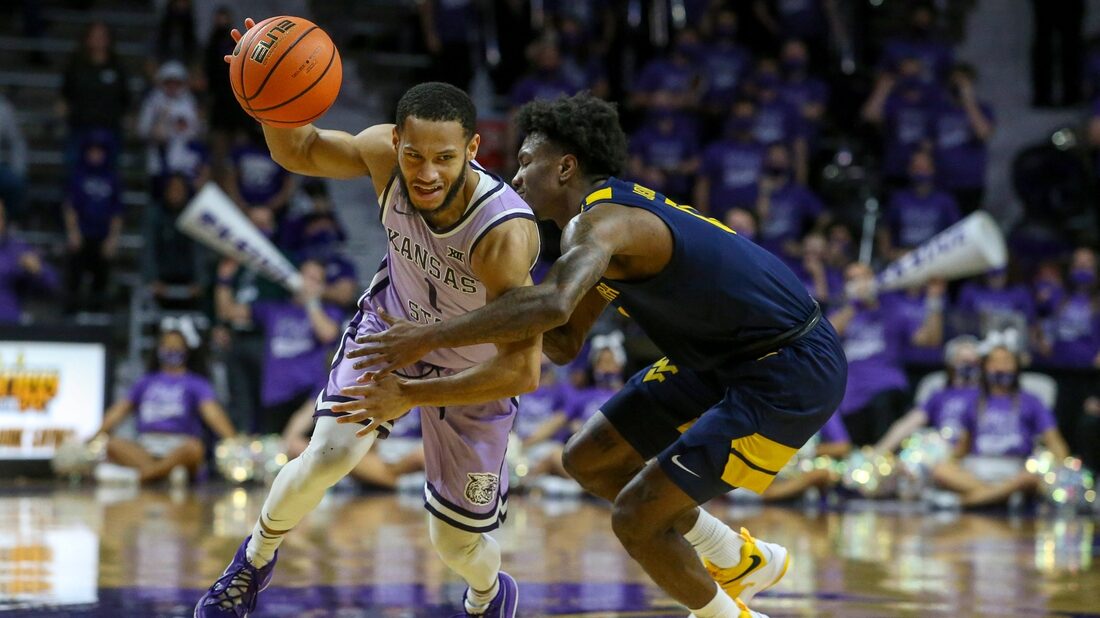 West Virginia and Kansas State will face each other in the first round of the Big 12 tournament with everything on the line and not much hope associated with the outcome.

Both teams enter Wednesday’s game in Kansas City still needing one or two wins to finish with a .500 record, generally a requirement for the NIT, and likely four wins to reach the NCAA Tournament. With top seed #6 Kansas awaiting the winner, those goals seem fleeting.

It will be the only game in the opening night of the conference tournament, as only nine teams are eligible for postseason play. Oklahoma State was ruled ineligible, following an appeal, prior to the season.

West Virginia (15-16) won its last game, beating TCU 70-64 on Saturday in Morgantown, W.Va., to snap a seven-game losing streak that derailed the Mountaineers’ postseason hopes. Taz Sherman’s 25 points led the way for the Mountaineers’ 10th straight win at home over the Horned Frogs.

“We had really good practices leading into today’s game,” WVU coach Bob Huggins said. “They were absolutely great. We did some full-court stuff which I think really helped us and it’s all those guys. We got together and said, ‘This thing can go one of two ways.’ And they said, ‘We’re not going to lose any more’ and so far they haven’t.”

Next up, they’ll face a K-State team that had inched into NCAA consideration by winning four of five, including a 78-73 victory over West Virginia in Manhattan on Feb. 14.

But that was the last win for the Wildcats (14-16), who since have lost five in a row — including four games decided by seven or fewer points.

The Wildcats have been hobbled recently, with leading scorer Nijel Pack bothered by a stomach bug in Saturday’s home finale against Oklahoma. Second-leading scorer Markquis Nowell missed the final two games with a hamstring injury.

“Markquis did participate a little bit yesterday,” K-State coach Bruce Weber said Tuesday. “We’ll see how he feels after the shoot-around. He seemed fine (yesterday). He has to feel comfortable to go full speed and change direction.”