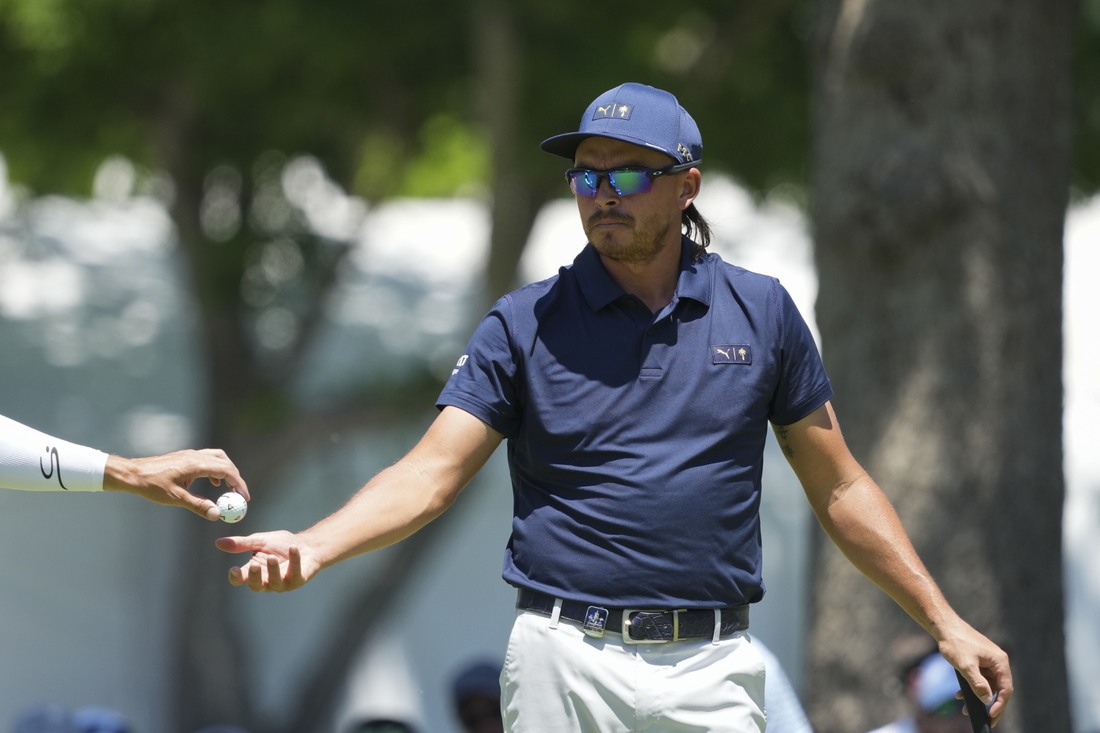 Rickie Fowler confirmed to reporters that LIV Golf approached him about playing on its new tour and said he has not made up his mind about whether to pursue it.

“To be straightforward with you guys, I haven’t necessarily made a decision one way or the other,” Fowler said ahead of this week’s PGA Championship in Tulsa, Okla. “I’ve mentioned in the past, do I currently think that the PGA Tour is the best place to play? I do. Do I think it can be better? Yes. So I think it’s an interesting position.”

Fowler said he was in favor of competition, calling it “the driving force of our game.” Further, he said the LIV Golf Invitational Series — plus another nascent rival known as the Premiere Golf League — are popping up because they see an opportunity to draw golfers’ interest.

Fowler, 33, did not say whether he applied for a release to play in the debut LIV event in London next month.

“I’m, like, trying to learn as much as I can,” he said. “I have no commitment one way or another. Obviously the statement came out last week that they weren’t granting any releases. I think a lot of people thought that the first one being out of the country may not be an issue. Obviously it would be more so once it came into the U.S.”

LIV, headed by CEO Greg Norman, is launching this summer with an eight-event schedule featuring $255 million in total prizes. The Saudi-financed golf league has attracted controversy over the past several months.

Norman at one point issued a public letter to the PGA Tour saying it could not deny its golfers, whom he described as “independent contractors,” from playing where they wanted — a point Fowler brought up Tuesday.

“One of things to me, or I would say, are we independent contractors are not?” Fowler said “Do we — to me, like with competition, if there were other leagues or tours or whatever may be, the Tour continuing to be the best place to play, guys will come and play and be at the Tour but there’s options to go play another event if you want to. I feel like there needs to be some clarity between if you’re an independent contractor or are you basically an employee.”

Fowler added that his peers on tour want to know what the consequences would be if they played in London without having been granted a release. PGA Tour commissioner Jay Monahan reportedly told a group of players in February that those interested in LIV should “walk out that door now,” implying they would not be allowed to play both there and the PGA Tour.

A longtime fan favorite, Fowler is seeking to regain his old form and contend for his first major title in the state where he starred in college. The Oklahoma State product tied for eighth at the PG Championship a year ago but also missed the FedEx Cup playoffs in 2021.