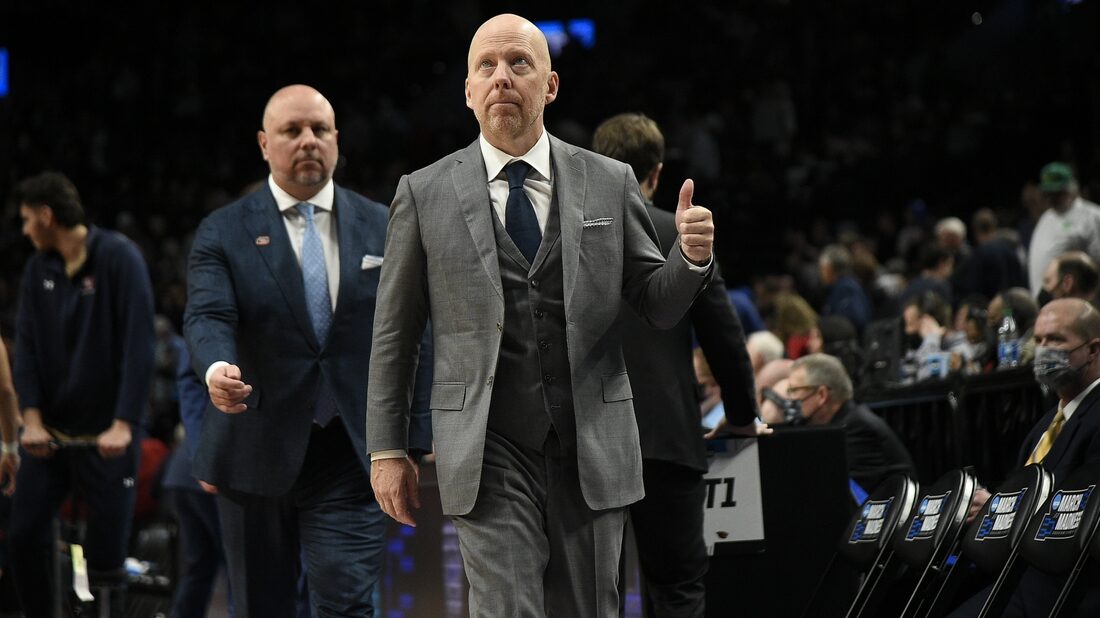 North Carolina and UCLA were supposed to meet last December in Las Vegas, but the game was canceled when UCLA had a COVID-19 outbreak.

Instead, the college basketball blue bloods will meet in the Sweet 16 when the eighth-seeded Tar Heels and fourth-seeded Bruins play Friday night in Philadelphia after the East Region’s other game, between Purdue against Saint Peter’s.

UCLA (27-7), aiming for its second Final Four trip in as many years, is on high alert after North Carolina (26-9) ran up a big lead on defending champion Baylor before finishing the 93-86 upset in overtime Saturday.

“When we went through our walk-through today, they were up 25,” UCLA coach Mick Cronin said Saturday. “So I was curious as to who the heck the one seed was, from what I was watching.

“You can’t be playing better than Carolina is playing. They’re shooting the lights out.”

The Tar Heels broke out and won their final five regular-season games, including their long-discussed upset of Duke in Mike Krzyzewski’s last home game before retirement. Still, perhaps because ACC basketball had a down year by its standards, North Carolina flew under the radar and entered the NCAA Tournament as an #8 seed.

“I felt like people have assumed or said or thought that our guys were soft and weren’t tough,” Davis said Monday on the “Hubert Davis Show” podcast. “My hope is that narrative has definitively changed, because for them to come into overtime (against Baylor) and to come away with a win, you just can’t do that without being tough, without being resilient, without having a sense of perseverance.”

That toughness shone through in a game featuring 53 personal fouls and the ejection of North Carolina star Brady Manek with 10 minutes left in regulation. He was called for a flagrant-2 foul for elbowing an opponent he was boxing out, a call Davis disagreed with vehemently.

Manek still finished with 26 points in 28 minutes and could terrorize UCLA down low. UNC guard R.J. Davis led all scorers with 30 points.

After getting past #13 seed Akron in the first round, UCLA trounced popular mid-major Saint Mary’s 72-56 Saturday night. Cronin, who received a contract extension through 2028 last week, guided the Bruins to the second weekend of the tourney one year after they made a run from the First Four to the Final Four.

Tyger Campbell scored 16 points to lead four Bruins in double figures. Jaime Jaquez Jr. had 15 on 6-of-11 shooting, but he suffered an apparent ankle injury in the second half.

Jaquez, the Bruins’ leading rebounder (5.7 per game) and second-leading scorer (14.0), was a key figure in last year’s run and this year’s team, which spent most of the season ranked in the Top 10. Cronin claimed that “if he can walk, he’ll play” Friday.

“He’s had so many sprained ankles, I don’t know how much he can sprain it anymore,” Cronin said.

Hubert Davis sees similarities between his Tar Heels and the Bruins.

“They’re experienced and they have very talented wing players that can score,” Davis said. “They don’t have tremendous size, but they have great athleticism and they’re very similar to us … from an offense standpoint, they’ve got four, five guys that can score at any time.”

North Carolina owns a 10-3 all-time record against UCLA, including the past five meetings.