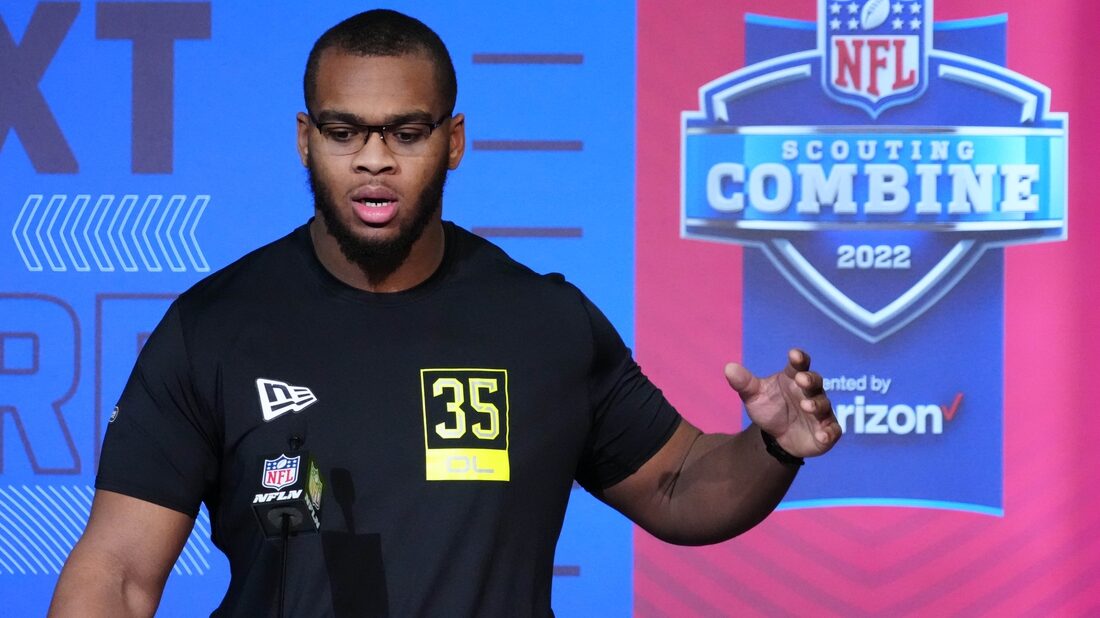 Jacksonville&rsquor;s draft board might be the only one that matters when it comes to determining the #1 prospect in the 2022 NFL Draft.

ESPN mock drafts pair Ekwonu with the Jaguars and The Athletic also touts the NC State blocker as the top pick in the 2022 draft.

Hutchinson and Thibodeaux are getting plenty of support elsewhere, as is Neal, who weighed in at 337 pounds — apparently all muscle based on his appearance in Indianapolis.

Neal will not participate in on-field workouts — opting instead for Alabama&rsquor;s pro day on March 30 — but did sit down with head coach Doug Pederson and a contingent from Jacksonville&rsquor;s front office on Tuesday night.

If he&rsquor;s selected first overall, Neal would be the top pick out of Alabama in NFL draft history. Joe Namath was the #1 pick in the AFL draft in 1965.

“You have a whole lot of Alabama players that were worthy of having the #1 spot. If the stars align for that to be me, that would be extremely special.”

Ekwonu has played guard and tackle, and met with the Jaguars on Tuesday in Indianapolis, he said.

“I feel like I&rsquor;m barely scratching the surface of my potential at left tackle, and I feel like with some work and some refinement in the my game, I can definitely be great at it.”