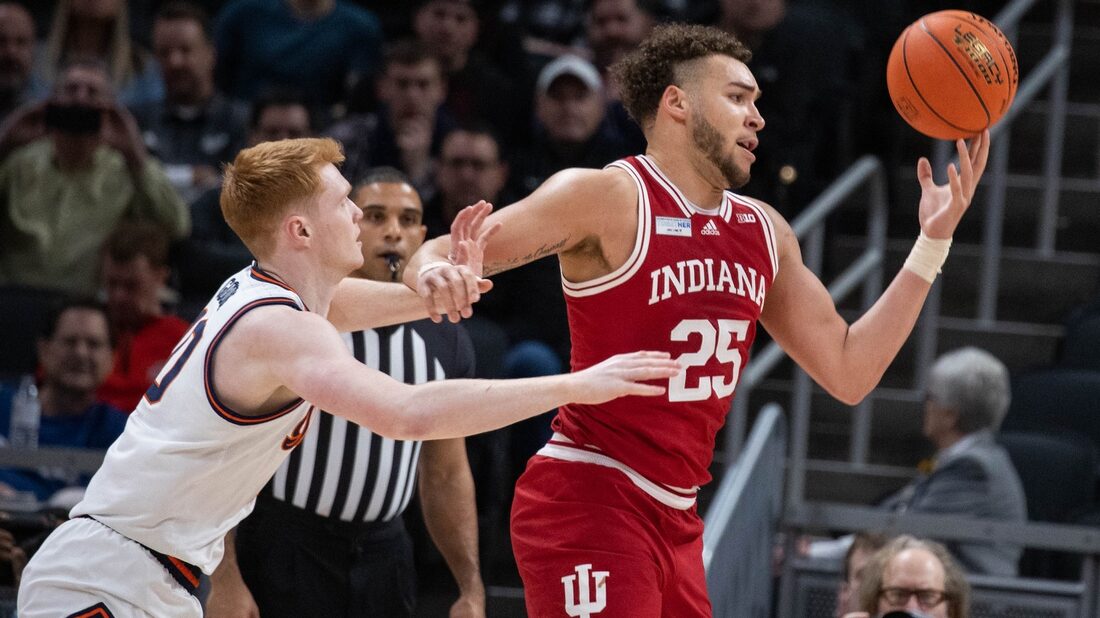 Trayce Jackson-Davis made two free throws with 26.1 seconds remaining and Indiana held on for a 65-63 win over #16 Illinois on Friday in the Big Ten tournament quarterfinals in Indianapolis.

Ninth-seeded Indiana (20-12) secured a win that likely will enable it to lock up an NCAA Tournament berth. The Hoosiers return to action on Saturday in a semifinal tilt versus the winner of the game pitting fourth-seeded Rutgers against fifth-seeded Iowa.

After Jackson-Davis put Indiana up 64-63, Illinois had a chance to hold for the last shot before guard Trent Frazier turned the ball over with 10.5 seconds left.

Illinois then fouled Indiana forward Miller Kopp, who missed the front end of a one-and-one with 10 seconds left. But Illinois guard Andre Curbelo missed a drive to the basket with 3.1 seconds remaining and Kofi Cockburn couldn’t come up with the putback. Jackson-Davis emerged with the rebound with 1.7 seconds left and made one of two free throws to seal the win.

Jackson-Davis led Indiana with 21 points and seven rebounds. Xavier Johnson added 13 points and six assists for the Hoosiers, who avenged a 74-57 loss to the Fighting Illini during the regular season.

The Hoosiers extended their advantage to 52-46 on two free throws by Johnson, but Illinois answered with a 3-pointer by Hawkins and a layup from Cockburn. From there, the score remained tight until the closing minutes.

Hawkins and Cockburn each scored nine points to help Illinois take a slim 33-31 lead into halftime. The Illini shot just 31.3 percent from the floor in the first half but went 5 of 13 (38.5 percent) from 3-point range.

Illinois played without starting forward Jacob Grandison, who sat out the game with a shoulder injury.