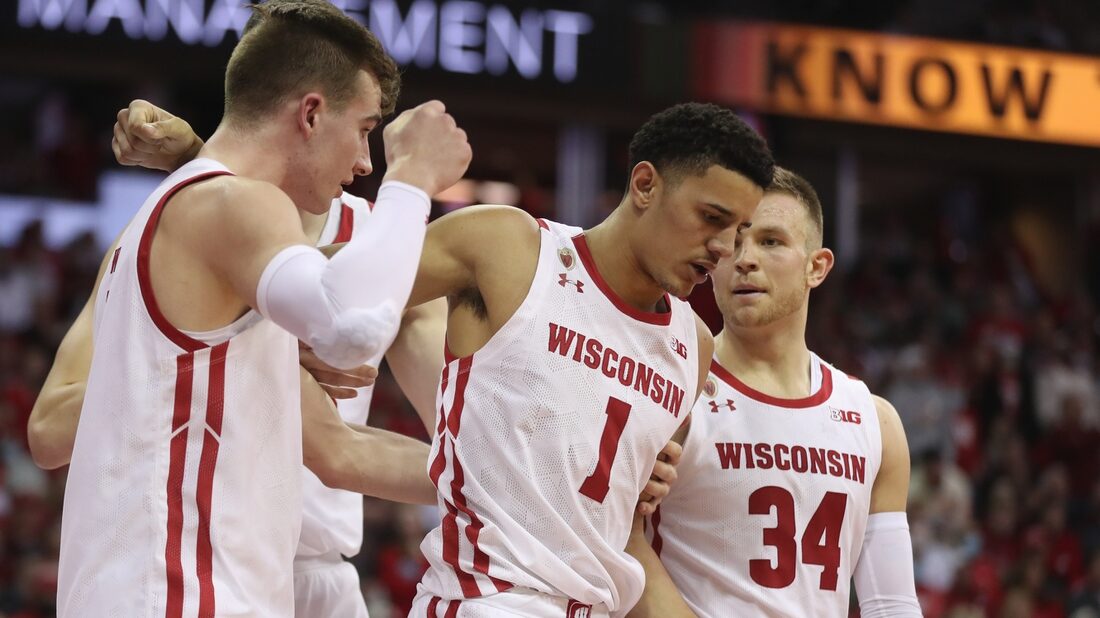 Alonzo Verge Jr. scored a game-high 26 points, including a clutch 3-pointer with 1:50 remaining, to lift Nebraska to a 74-73 upset of #10 Wisconsin in Madison, Wis.

The Cornhuskers (10-21, 4-16 Big Ten) rallied from a nine-point deficit with 5:48 remaining, preventing the Badgers (24-6, 15-5) from claiming their first outright regular-season title since 2015. The Badgers could still have claimed the title on Sunday with a loss by #20 Illinois, but the Fighting Illini defeated #24 Iowa later in the day.

Johnny Davis, the Badgers’ leading scorer (20.2 ppg), injured his lower body on a flagrant foul by Trey McGowens during a drive to the basket. McGowens was ejected, while Davis was taken to the locker room and didn’t return. He finished with 10 points on 4-for-4 shooting to go along with four rebounds in 12 minutes of play.

Tyler Harris and Landers Nolley II combined for 23 points in the first half as the Tigers turned a smothering defensive performance into a home victory over the Cougars in their American Athletic Conference matchup.

Memphis (19-9, 13-5 AAC) completed a series sweep of the Cougars (26-5, 15-3), the regular-season champions and top seed in the conference tournament. The Tigers recorded their third consecutive wire-to-wire victory by forcing Houston into a season-worst 20 turnovers and won for the 10th time in 11 games, strengthening their NCAA Tournament qualifications.

The win paired with #10 Wisconsin’s stunning loss Sunday against Nebraska, which entered the day dead last in the conference at 3-16, earns Illinois a double-bye to start next week’s postseason tourney. Illinois will next play Thursday against the winner of #8-seeded Michigan and #9 Indiana, who will face off Tuesday.

DeVante’ Jones scored 21 points and dished nine assists as the undermanned Wolverines upset the Buckeyes in Columbus, Ohio, on Sunday in the regular-season finale for both teams.

Terrance Williams came off the bench to add 17 points for the Wolverines. Malaki Branham scored 18 points and E.J. Liddell 16 for the Buckeyes (19-10, 12-8), who have lost three of four.