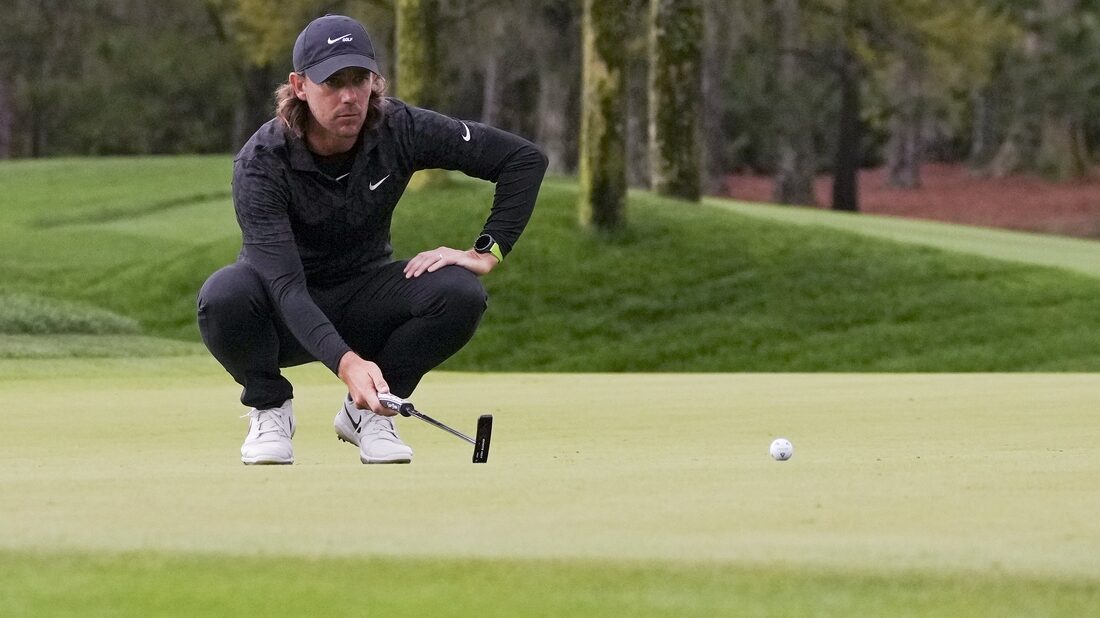 Tommy Fleetwood of England and Tom Hoge each shot a 6-under-par 66 to take a one-stroke lead after an abbreviated first round of The Players Championship on Thursday in Ponte Vedra Beach, Fla.

The first round at TPC Sawgrass was suspended at 6:36 p.m. ET due to darkness. It is scheduled to resume on Friday at 7:15 a.m. ET.

The start of play on Thursday was delayed by an hour due to overnight rain and thunderstorms in the area. Dangerous midday weather added a suspension of play for four hours and 14 minutes.

Fleetwood started on the back nine and collected seven birdies against one bogey. He had a birdie on the par-5 11th and 16th holes before beginning a run of three straight birdies on the 18th hole.

Fleetwood answered a lengthy delay with another birdie on the fifth hole. He overcame an offline tee shot to take a bogey on the sixth before responding with a birdie on the par-3 eighth.

“It’s a great first day. I’m chuffed to be in on that score,” Fleetwood said. “I felt like I drove the ball well aside from a couple, and I felt like I chipped and putted great.

“For sure, like that was the most I could have got out of the round. So days like that are very, very pleasing. I think there’s things that I can do better. So I’ll try to do that over the next few days. Again, I’m not going to complain about the day or anything. I’ll just move on and be happy with a 66.”

Fleetwood is bidding for the first PGA Tour win of his career and his first win anywhere since 2019.

Hoge had an eagle on the second hole to go along with four birdies and a bogey.

Brian Harman, Sam Burns and Mexico’s Abraham Ancer each finished their respective rounds at 4 under. Canadian Taylor Pendrith also was at 4 under through 16 holes.

Harold Varner III found himself in a tie for 11th place with a 3-under due in large part to his triple-bogey on the 17th hole. His tee shot had plenty of backspin and found the water.

“It’s a game. That’s why we play it. No one is going to die out there. I’ve always said that,” Varner said. “Just was in between clubs and didn’t execute the shot, and that’s what you get a lot out here. Either you get it done or you don’t.

“I guess I was more disappointed by not hitting a better shot off the tee on 18 because it’s how you respond, and that’s what I have to do either Saturday morning or tomorrow, I believe.”

Twelve players did not begin their first rounds before play was suspended. Three players from the morning wave and another 60 in the afternoon wave were on the course when darkness fell.

A lingering back injury forced reigning Masters champion Hideki Matsuyama of Japan to withdraw prior to the start of the first round. First alternate Patrick Rodgers replaced Matsuyama in the field.