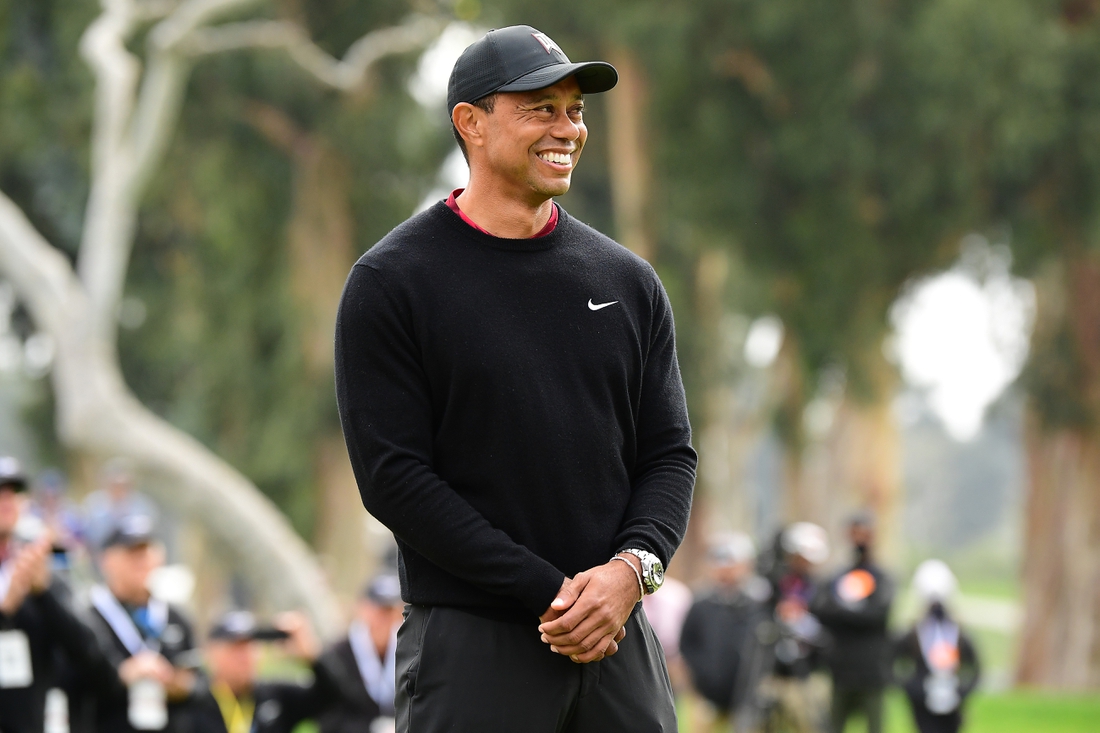 Tiger Woods&rsquor; name appears in the field for the 2022 Masters on the golf tournament&rsquor;s official website — and not on the list of past champions who are not scheduled to compete.

The placement on the website makes one ponder whether Woods is ready to return to The Masters. The event begins on April 7.

Woods, 46, hasn&rsquor;t played a competitive round of golf on the PGA Tour since the coronavirus-delayed 2020 Masters, which was played in November of that year.

He underwent multiple surgeries on his right leg following a single-car accident in Los Angeles in February 2021.

He and his son, Charlie, nearly won the PNC Championship in mid-December, but the 15-time major champion needed a golf cart to get around at the 36-hole, two-man scramble event.

Perhaps Woods fans shouldn&rsquor;t get their hopes up about his participation in the Masters. Golf Channel reported that tournament protocol has invitees listed in the field until they notify Augusta National that they will not compete.

Woods previously said he intends to return to the PGA Tour, however he was not ready to give a specific timetable.