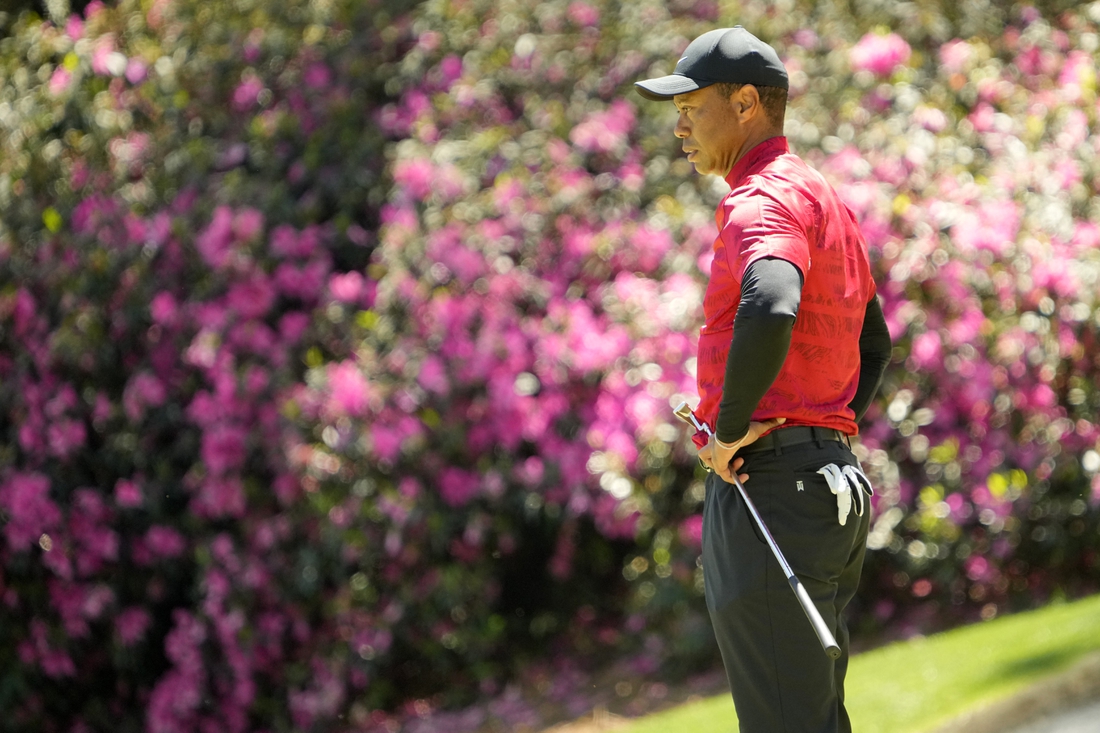 Tiger Woods was all smiles while the patrons cheered despite the 15-time major champion completing his worst showing in 24 career trips to the Masters on Sunday.

Woods carded his second consecutive round of 78 on the weekend at Augusta National to finish in 47th place — ahead of five players who made the cut.

Hopes were unrealistically high when the five-time Masters champion announced his return for the 2022 event, but that Woods could make the cut and complete four rounds just 14 months after nearly losing his right leg was the real victory.

“To end up here and being able to play all four rounds — even a month ago I didn’t know if I could pull this off,” Woods told CBS shortly after completing his fourth round.

Woods stirred hope of a dramatic return to victory with an opening-round 71 that had him in contention. But as the week wore on, his limp became more pronounced and the 82-time PGA Tour champion continued to struggle with his putter.

Woods fell out of contention with a 78 on Saturday but continued to grind his way around Augusta during another challenging round on Sunday.

“I think it was a positive,” Woods said with a wry smile. “I’ve got some work to do, and looking forward to it.”

What Woods needed to be able to compete this week and make it through all four rounds has been well-documented. From ice baths multiple times per day to a full team of physical therapists, it was a full-scale daily effort.

But Woods was clearly grateful to simply be able to compete at his favorite venue once again.

“I don’t think words can really describe that, given where I was a little over a year ago and what my prospects were at that time.”

Woods finished with his worst career score at the Masters — 13 over for the tournament — and the weekend rounds were his highest ever at Augusta National. What his PGA Tour schedule might look like in the future remains uncertain, but he later confirmed to Sky Sports that he plans to play at the Open Championship at the Old Course at St Andrews this July.

Woods didn’t sound ready to put his competition days behind him.

“It’s hard,” Woods acknowledged about his rehab process. “I have those days where I just don’t want to do anything. It just hurts.

“The days that I feel good, those are the easy days. But there have been more tough days than easy days, and I’ve just got to work through it. Just like golf, you just have to go out there and get through it and put in the time. I have, and the hard part is the recovery sessions.

“Popping in those ice baths, doing those a number of times a day, those do really suck. But it works.”

Woods mentioned the “team” around him numerous times and said that’s what continues to motivate him. That includes his mother and two children, who were all in attendance Sunday.

“Just to have the support around me, I couldn’t have done it without them,” he said.