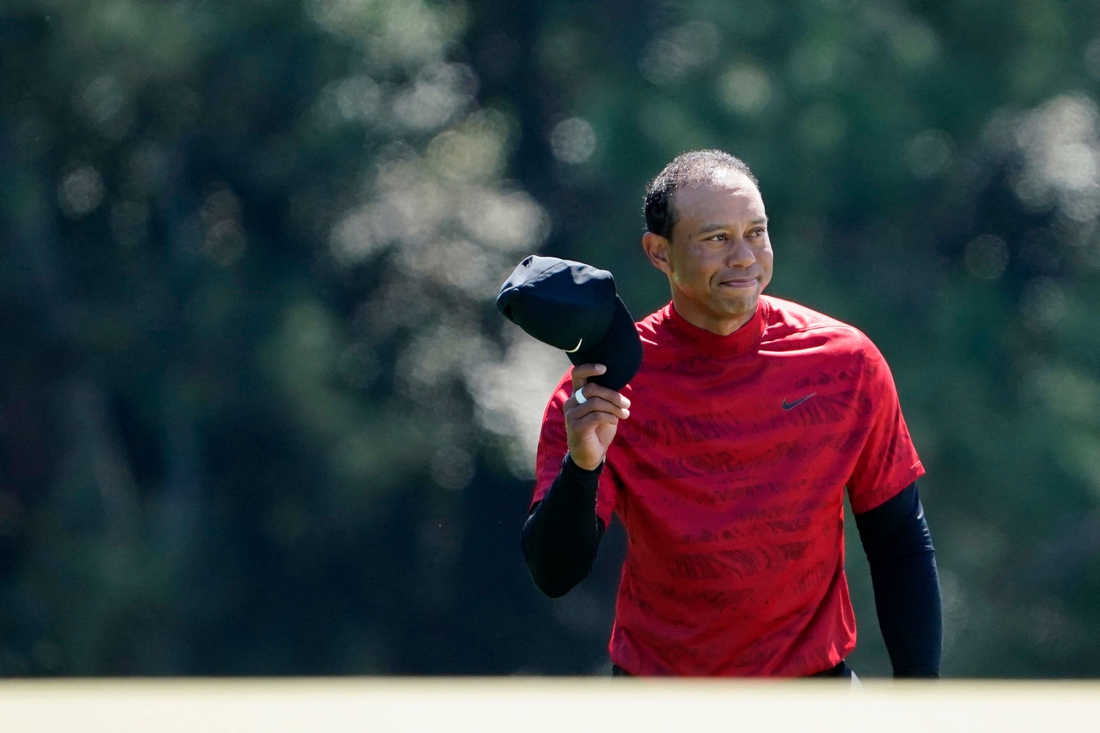 Tiger Woods posted the two worst rounds of his career at the Masters over the weekend, but just making the cut vaulted the 15-time major winner 228 spots in the Official World Golf Ranking.

Woods, who had not played a competitive round since the 2020 Masters, played in November of that year, entered last week ranked 973rd. He moved to 745th following his 47th-place showing at Augusta National.

That’s a far cry from the 679 weeks he has spent at #1, but the 46-year-old’s ability to ever compete again had been in question since nearly losing his leg in a car accident 14 months ago.

Woods is unlikely to resume anything close to a full PGA Tour schedule in the future, but did say after Sunday’s round that he intends to play in The Open Championship at St. Andrews in July.

Scottie Scheffler increased his grip on the top spot with his victory. Anointed as the new #1 just last week, Scheffler now has a 180.17-point lead over Collin Morikawa, who moved backed to #2 in the world with his solo fifth at the Masters.

Jon Rahm slipped a spot for the second consecutive week and is #3 after a T27 at the Masters. Viktor Hovland is #4, followed by Cameron Smith, who moved to a career-best #5 despite a disappointing 73 on Sunday that left him in a tie for third.

Rory McIlroy tied the Sunday scoring record at the Masters with a 64 and his runner-up finish pushed him up two spots to #7, just behind Patrick Cantlay. Justin Thomas, Dustin Johnson and Sam Burns round out the top 10. Burns missed the cut by a single shot but entered the top 10 for the first time by slipping by Xander Schauffele, who also failed to make the weekend.

Joaquin Niemann also achieved a new career best by moving up five spots to #15. The young Chilean started hot with a 69 at Augusta while playing with Woods on Thursday before cooling off over the weekend and settling for a T35.

Phil Mickelson, who opted not to play the Masters while taking a break from competitive golf, held steady at #51 — just outside of the coveted top-50 to qualify for all of the major worldwide events.

Rickie Fowler slipped four spots to #138 after failing to qualify for the Masters for the second consecutive year. It is the lowest Fowler has been ranked since finishing 2009 ranked 251st.