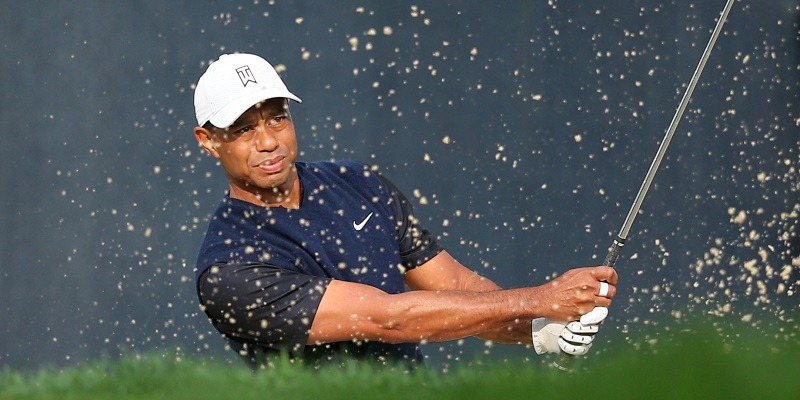 Tiger Woods isn’t sure if his surgically-repaired leg will ever be strong enough to compete on the PGA Tour again.

However, his return to competition with son Charlie at this month’s PNC Challenge has lent a glimmer of hope that we’ll see the 15-time major champion compete in the future against the world’s best golfers. It also led one sportsbook to create a prop market around what Woods will do on the golf course in 2022.

Whether Woods will play in one of the year’s four major tournaments is among eight prop bets being offered by SportsBetting.ag.

Opening round score in first tournament

Woods will return to competition Dec. 18-19 in Orlando, playing alongside Charlie for the second consecutive year in the 20-team event. They finished seventh in 2020.

The 36-hole, two-man scramble event marks the first for Woods since he was involved in a single-car accident that resulted in multiple fractures to his right leg on Feb. 24. Woods was immobilized for months and was wearing a protective boot when he appeared as host of the Hero World Challenge last week.

Although it’s been a long and challenging year, I am very excited to close it out by competing in the @PNCchampionship with my son Charlie. I’m playing as a Dad and couldn’t be more excited and proud.

Last week at the Hero World Challenge in the Bahamas, Woods said he was nowhere near being able to play PGA Tour-level golf.

“As far as playing at the Tour level, I don’t know that that’s going to happen,” he said. “I play a round here and there. A little hit and giggle. I can do something like that. The USGA suggests playing forward. I really like that idea now.”