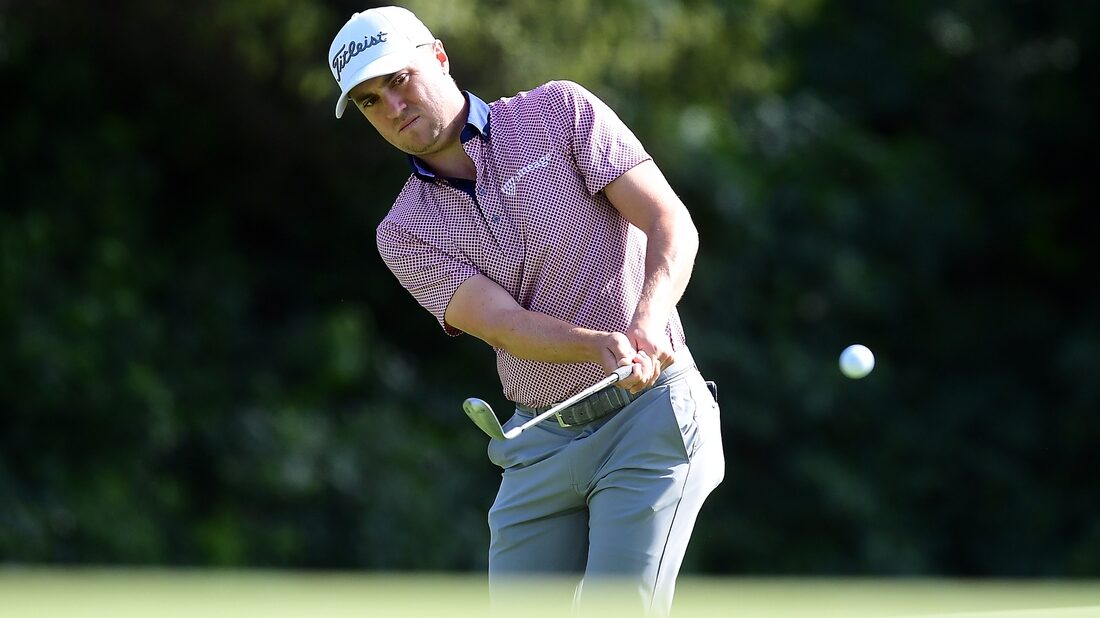 The “fifth major” of the PGA Tour calendar kicks off Thursday with The Players Championship at TPC Sawgrass in Ponte Vedra Beach, Fla.

Justin Thomas is attempting to become the first player to successfully defend at the event. While he’s among the pre-tournament favorites, sportsbooks are also offering a bevy of prop bets around the iconic 17th hole.

Field Level Media’s golf experts break down key tournament info, best bets and intriguing props for the island green that is the scene of great drama every year.

–The Players is the first of five events on the PGA Tour schedule, along with the four majors, to offer 600 FedExCup points to the winner.
–If there is a playoff, it will be a three-hole aggregate format played on hole Nos. 16-18. If necessary, it would be followed by sudden death (17-18-17).
–World #12 Bryson DeChambeau withdrew as he continues to recover from a wrist injury. #19 Harris English (injury) is the only other top-25 player not in the field. The only other players who qualified who are not playing this week are Phil Mickelson, Steve Stricker and Tiger Woods.
–Woods (2013) is the only player in the FedExCup era to enter The Players atop the standings and go on to victory at TPC Sawgrass.
–The best result by a defending champion at The Players was a T5, accomplished three times. In the past six Players, Webb Simpson in 2019 is the only defending champion to finish within the top 50.
–Thirty-four players in this week’s field, including reigning Korn Ferry Tour player of the year Stephan Jaeger, have yet to win on the PGA Tour. Only Craig Perks (2002) and Tim Clark (2010) have made The Players their maiden win on tour.
–Adam Hadwin and Chez Reavie, both in this week’s field, have hit the famous 17th green in all 20 of their respective career rounds at TPC Sawgrass. Paul Casey leads this week’s field with the most career balls in the water at 17, with nine.

–Thomas (+1000 at DraftKings) won last year despite ranking 32nd in the field in driving accuracy, but he averaged only 28 putts per round.
–Jon Rahm (+1000) is ranked #1 for the 34th consecutive week. The last world #1 to win The Players was Jason Day in 2016. He leads the tour in strokes gained off the tee and tee-to-green.
–Rory McIlroy (+1600) won the event in 2019 and has four top-10s in 11 previous starts.
–Collin Morikawa (+1600) is second on tour in greens in regulation and is fourth in strokes gained putting. He tied for the low round of the day with a 66 on Sunday last year. Morikawa leads the way at DraftKings with 6.4 percent of the outright winner bets and 11.5 percent of the handle. He’s second at BetMGM with 7.9 percent of the bets at +1400 while leading with 15.7 percent of the handle.
–Scheffler (+2000) is attempting to become the fourth player to win the Players after winning the previous week. He has two wins in his past three starts but missed the cut at The Players last year.
–Patrick Cantlay (+2000) snapped a streak of six consecutive top-10s in his last start at the Genesis. He’s also being offered at +2000 at BetMGM, where Cantlay has been backed by 5.0 percent of the bets and handle and is the book’s third-biggest liability this week.
–Viktor Hovland (+2200) also missed the cut in his event debut last year. He’s coming off a T2 last week and has three wins among six top-four finishes in his past eight worldwide starts.
–Hideki Matsuyama (+2500) is the only other two-time winner on tour this year. He also missed the cut last year but tied the TPC Sawgrass scoring record with an opening 9-under 63 in 2020 before the rest of the tournament was canceled due to COVID-19.
–Brooks Koepka (+3000) has slipped to 18th in the world and has missed half of his past eight cuts. However, he thrives at the marquee events and has drawn 6.2 percent of the bets and 7.5 percent of the handle at DraftKings. Koepka has also moved to +3000 at BetMGM after opening at +3000, making him the book’s biggest liability while being backed by 8.8 percent of the bets and 10.2 percent of the handle.
–Jordan Spieth (+4000) is third at DraftKings with 3.8 percent of the bets and 4.5 percent of the handle. However, he does not have a great track record at The Players, a course that has not traditionally suited his game well.
–Talor Gooch (+6500) faded to a T7 with a 77 on Sunday at Bay Hill but already has a win this season and finished T5 last year.

And for those looking to score a big payday off a modest wager, SportsBetting.ag is offering +6600 odds that a seagull will pick up a ball off the 17th green during the tournament.

In this article:featured, pga, rory mcilroy