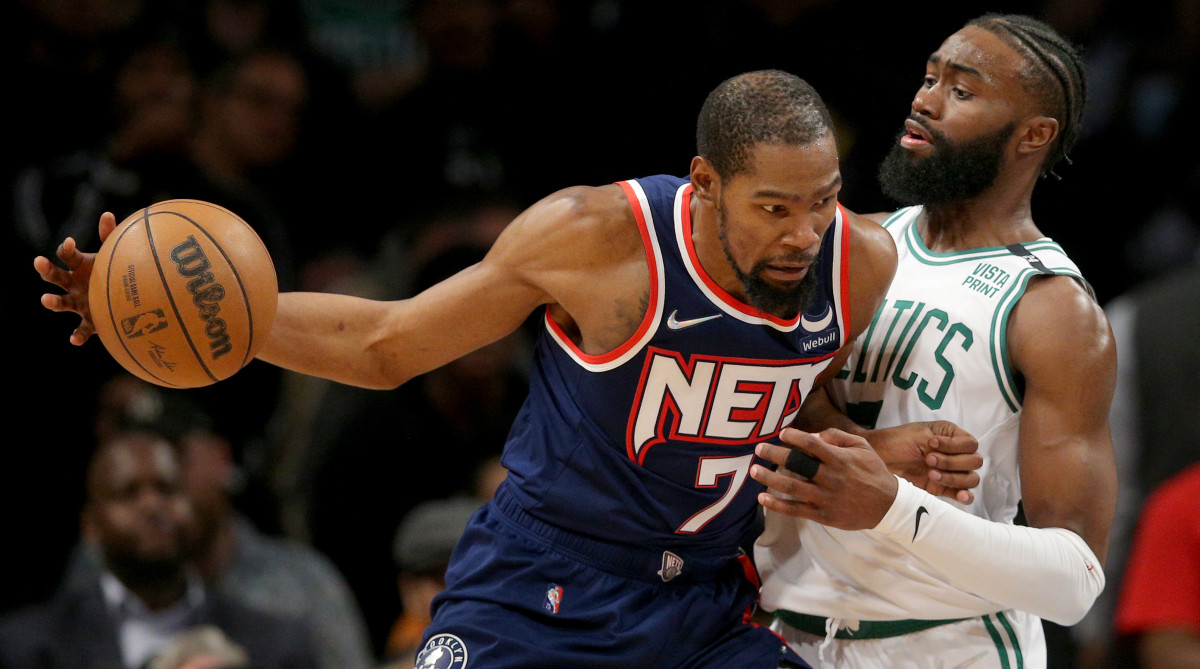 BOSTON — In the opening hours of free agency the Celtics, NBA Finalists for the first time in more than a decade last season, watched the competition get better. They watched the 76ers add P.J. Tucker and Danuel House while moving towards a more team friendly deal with James Harden. They eyeballed the Bucks adding Joe Ingles to a team that pushed Boston to seven games in the conference semifinals–without All-Star guard Khris Middleton. They watched the Hawks trade for Dejounte Murray, the Knicks sign Jalen Brunson and the Wizards stock up on point guards to play opposite the freshly re-signed Bradley Beal..

On Thursday, the Celtics stayed quiet.

On Friday, they struck.

In Danilo Gallinari, who reportedly will sign a two-year, $13 million deal with the Celtics next week, and Malcolm Brogdon, who was robbed, er, acquired from Indiana for a first-round pick and a collection of spare parts, Boston has done more than kept pace with the competition–it has arguably pushed past them. A team–a Finals team–eight deep with trustworthy playoff talent now goes 10 with Brogdon, a physical, 6’5″ combo guard who will seamlessly fit into the Celtics’ switch-heavy defensive schemes.

Critics will say Brogdon is injury prone, and they’re right. He never played more than 56 games in three seasons with Indiana, missing more than half of last season. They will say Gallinari, at 33, is an inefficient scorer and a defensive liability, and there’s merit to that. But the Celtics won’t ask Brogdon to be a primary scorer, as he was in Indiana. Just a solid playmaker who contributes on defense. And while Boston’s pursuit of Gallinari feels decades long–ex-GM Danny Ainge’s interest in Gallinari dated back to his days in Denver–the Italian forward projects as an eighth or ninth man in a deep Celtics rotation.

And it may not be done.

Durant will likely be on the move this offseason. Could he end up in a swap deal for Brown?

Kevin Durant requested a trade this week and the Nets have begun the unenviable task of fielding offers for the franchise superstar. Brooklyn’s asking price, rival executives familiar with the situation told Sports Illustrated, is steep: two All-Star caliber talents and a cache of draft picks. If a team doesn’t have that, one exec said, the response has been “well go out and get it.” At 33, Durant is among the NBA’s best pure scorers, a perennial MVP candidate with a skill set and a work ethic that should allow his game to age well. The Nets have no incentive to tank–Houston, courtesy of the James Harden deal, have control of Brooklyn’s first-round picks through 2027–and want premium value in any trade.

The Celtics are among a handful of teams who can give it to them.