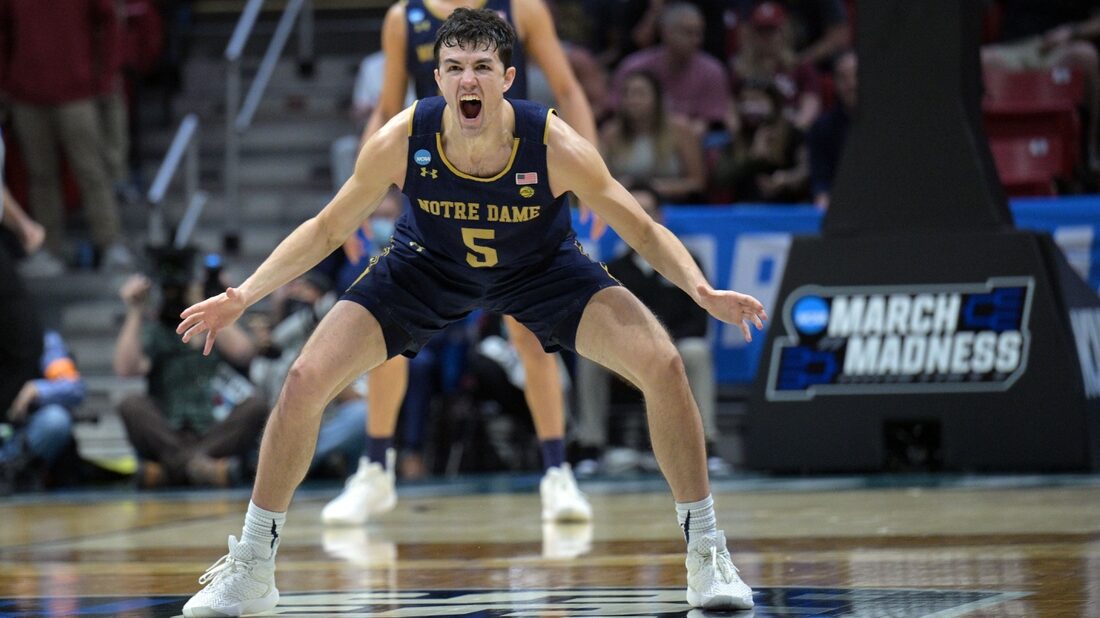 Texas Tech has flexed its muscle and flaunted its depth, and the Red Raiders will look to continue their surprise season Sunday night when they battle upset-minded Notre Dame in an NCAA Tournament West Regional second-round game in San Diego.

The winner Sunday will advance to a Sweet 16 game in San Francisco on Thursday against the winner of the Michigan State-Duke second-round matchup.

The third-seeded Red Raiders swamped 14th-seeded Montana State 97-62 in the first round Friday as Bryson Williams and Terrence Shannon Jr. scored 20 points each, combining for 7-of-9 shooting from beyond the arc.

Adonis Arms added 15 points and Kevin Obanor had 10 points and 11 rebounds in the victory, which was all but decided in the early moments when Texas Tech (26-9) scored 18 of the game’s first 22 points.

Texas Tech was unranked entering the season but finished third in the tough Big 12 Conference and twice beat Baylor, the top seed in the East Regional.

“Couldn’t be more thrilled (with) the way we played,” Texas Tech coach Mark Adams said after the first-round victory. “One of the best games we’ve played all year. Excited that our guys are showing improvement. And that’s the thing we want to do is continue to grow as a team. We can build on that.”

The Red Raiders scored their most points in a game this season, shot 66.7 percent from the floor that included a 12-of-20 performance on 3-pointers and earned a 33-24 rebounding edge.

In short, Texas Tech controlled the game from the outset.

“Everyone was unselfish,” Shannon Jr. said afterward. “Nobody was hurrying shots. We did a good job moving the ball, and when we play unselfish and selfless, we’re a pretty good team.”

The Fighting Irish also were ignored in the preseason polls after winning just 11 games in 2020-21 and needed a gritty double-overtime win over Rutgers in a First Four battle in Dayton, Ohio on Wednesday to get into the first round of the NCAA Tournament.

“I was just letting it fly, and when you have it rolling, you have it rolling,.” Ryan said after the win over Alabama. “So I picked a good night for it, I guess people were saying double overtime, long flight, legs are going to be tired. We were gunning, and we were ready to go.”

“I’m thrilled about our resiliency and belief on wanting to survive and advance in this tournament,” Notre Dame coach Mike Brey said.

Now the Fighting Irish will try to replicate that performance against Texas Tech’s swarming defense and balanced attack.