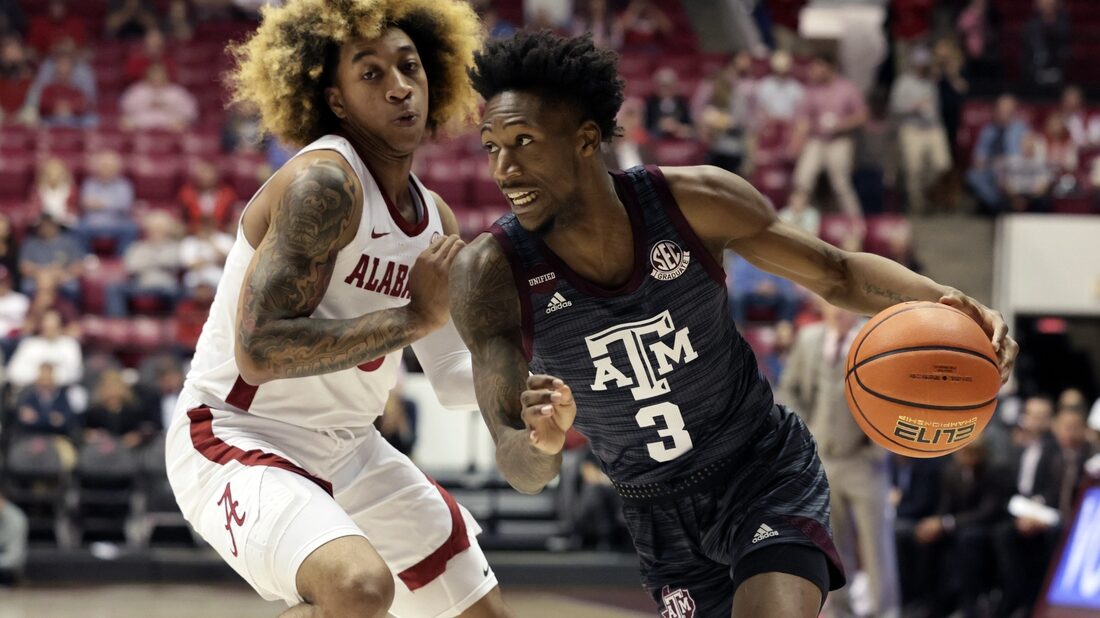 Texas A&M gets a chance to bolster the case for a longshot NCAA Tournament at-large bid when it hosts Mississippi State in the regular-season finale for both teams on Saturday in College Station, Texas.

The Aggies (19-11, 8-9 SEC) have won four of their last five games after enduring an eight-game losing streak. They are coming off a resounding 87-71 road upset of #25 Alabama on Wednesday.

The Bulldogs (17-13, 8-9) rallied from a 19-point first-half deficit and squandered a five-point second-half lead in losing in overtime to #5 Auburn on Wednesday in Starkville, Miss.

“I do believe there has to be a crescendo to your team if you&rsquor;re wanting to play in post-season,” Texas A&M coach Buzz Williams said, referring to how he believes his team has improved in consecutive victories against Georgia, Ole Miss and Alabama. “As I just told our guys in the locker room, we can&rsquor;t assume anything. We&rsquor;re currently not in postseason. This was a huge step, but we still have work to do.”

Conversely, Mississippi State coach Ben Howland said after his team&rsquor;s loss, “In terms of the NCAA tournament, it&rsquor;s clear that we have to win the conference tournament (next week in Tampa, Fla.) to get (an NCAA bid).

A&M limited up-tempo Alabama to 3-for-11 (27.2 percent) shooting from 3-point range after halftime.

As Howland pointed out, the Bulldogs are in a 1-for-33 slump from beyond the arc in their last three games, which includes a win against Vanderbilt.

“Obviously our 3-point shooting is really impacting us,” Howland said. “And we spend a ton of time on shooting and we shoot a lot better in practice.”

Howland said the Aggies will pose a tough challenge on Saturday.

“They&rsquor;re really an unorthodox team that presses,” he added. “They play four guards and one big. They&rsquor;re trapping all the time. They&rsquor;re all over help side (on defense) on one side of the floor whenever the ball is on a wing so it&rsquor;s going to be a very tough game, but we&rsquor;ve got to bounce back and play our best.”