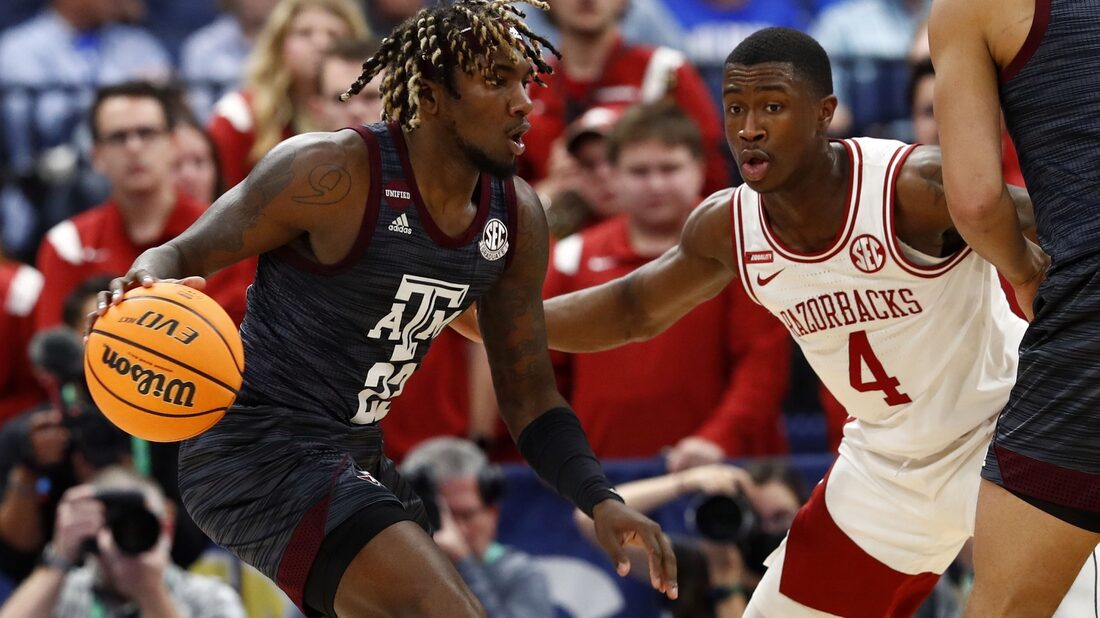 Tyrece Radford tallied 11 points and Henry Coleman III had 10 for Texas A&M, which will face either second-seeded Kentucky or third-seeded Tennessee in Sunday’s championship game. The Aggies have won seven straight games and eight of their past nine as they try to complete a surprising charge into the NCAA Tournament.

Stanley Umude scored 20 points and Au’Diese Toney added 18 for fourth-seeded Arkansas (25-8), which lost for just the third time in the past 18 contests. Davonte Davis added 11 points for the Razorbacks, but star JD Notae had just five on 2-of-8 shooting.

The Razorbacks connected on 43.4 percent of their shots but were 3 of 18 from behind the arc.

Arkansas trailed by 12 at halftime but cut its deficit to 41-36 on a three-point play by Davis.

But Jackson answered with three baskets in a 65-second span to put the Aggies’ lead back to 11 with 14:42 remaining.

But Texas A&M responded with an 11-3 spurt to boost the lead to 11 with just over nine minutes to play.

Toney converted a three-point play as Arkansas crept within 60-52 with eight minutes left.

The Aggies answered with 10 straight points to end any suspense. Hayden Hefner hit a jumper, Jackson and Radford converted three-point plays and Aaron Cash slammed home a dunk to make it 70-52 with 5:52 left.

Diarra scored 10 first-half points as the Aggies led 36-24 at the break.

Diarra sank two free throws with 3.3 seconds left to give the Aggies a half-best 12-point lead.

In this article:cbb-ark, ncaab, Texas A&M