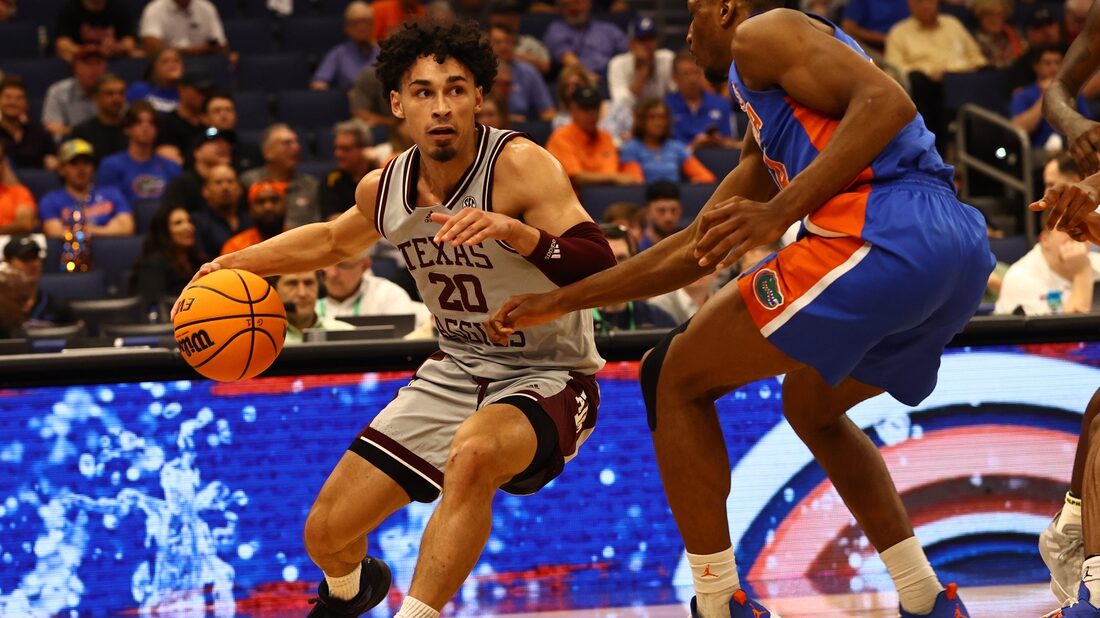 Hassan Diarra rattled in a 3-pointer in the last second of overtime as Texas A&M beat Florida 83-80 in a wild opener to Thursday’s second round in the Southeastern Conference tournament in Tampa.

Tied at 80 with 14.7 seconds to play in the extra session, Diarra took a pass and launched the game-winning shot from the top of the key to advance the eighth-seeded Aggies (21-11) into Friday’s quarterfinals.

The Aggies led 33-25 after a strong first half against the ninth-seeded Gators (19-13), then the squad opened the final 20 minutes on a 12-4 run to regain its double-digit advantage.

But a 32-16 run by Florida — capped by Kowacie Reeves’ four-point play and 3-pointer in the final minute — leveled the game at 70 to force overtime.

Henry Coleman III had 22 points and eight rebounds, Diarra and Quenton Jackson each had 14 points, Tyrece Radford added 13 points and Wade Taylor IV 10 for the Aggies, who won their fifth straight.

Reeves and Niels Lane notched career-highs with 21 and 16 points, respectively, while Phlandrous Fleming Jr. had 17 for the Gators.

Florida’s leading scorer and rebounder Colin Castleton, who missed Tuesday’s practice with an illness, started and scored 15 points for Florida, which saw its NCAA Tournament hopes dashed in a 5-for-24 showing from deep.

Second-leading scorer Tyree Appleby was held scoreless on 0-for-4 shooting.

Matching up against Florida for just the second time in the tourney’s history, the Aggies were undeterred by a decisively pro-Gator crowd in downtown Tampa.

They made six of their first seven field-goal attempts for a 13-6 lead in the game’s first five minutes. The Aggies got five points from Radford in the hustling, hot start in which they outworked and were one step ahead of Florida.

Texas A&M worked its largest lead — 26-10 — when Andre Gordon drained a three-ball at 8:37 after Diarra’s blocked shot at the other end. But Florida cut the deficit in half at the 5:05 mark following Anthony Duruji’s short jumper and trailed by eight at the break.