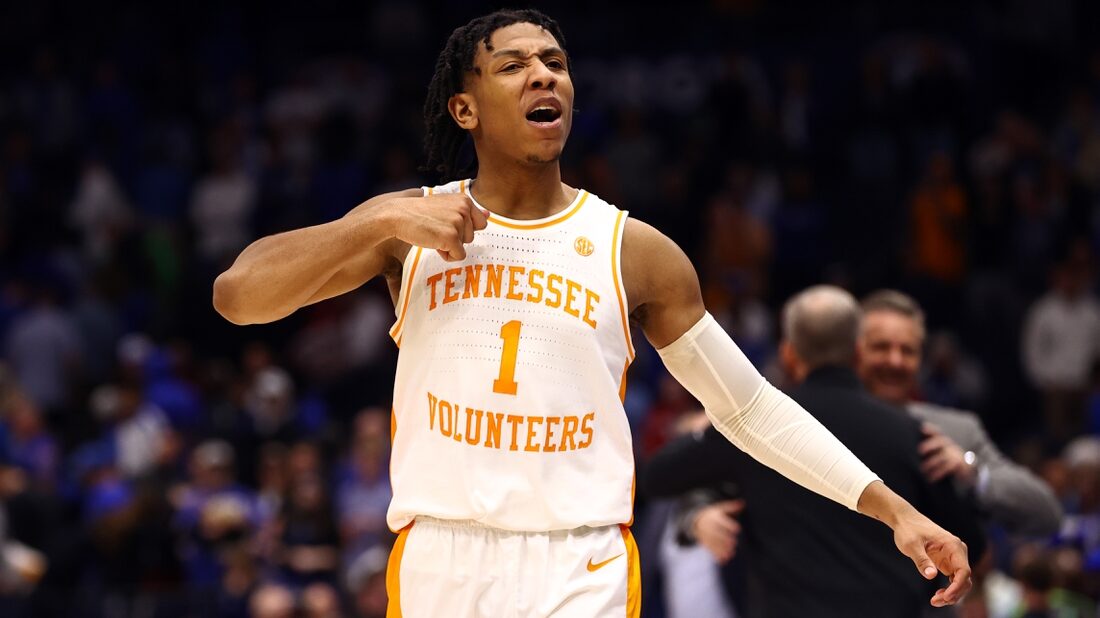 Tennessee was surprised to be the third seed in the South Region of the NCAA Tournament.

After hoisting the SEC tournament trophy in Tampa, Volunteers coach Rick Barnes wondered aloud if his team lost in the eyes of the selection committee by playing in a Selection Sunday conference championship game.

“After Selection Sunday … the chairman or the people of the committee should have to have a national day of press conferences where they can be asked questions by you all,” Barnes said Monday. “Not just for three minutes or two minutes. But from people who have really covered college basketball throughout.”

Among the questions Barnes was curious about before shifting his attention to Tennessee’s opening game against Big South champion Longwood: Were two wins against #2 seed Kentucky considered? What about the Vols’ resume compared to, say, Duke, another #2 seed?

Comparatively, Tennessee has 11 Quadrant 1 victories — second in the nation to Kansas’ 12.

But resumes are headed for the circular file and Barnes is asking the Vols to refocus before Wednesday’s practice at Gainbridge Fieldhouse in Indianapolis.

“It is what it is,” Barnes said, “and we have to go play basketball.”

Tennessee is an 18.5-point favorite at FanDuel, where the action has been split with Longwood being backed by 58 percent of the spread-line bets but the Volunteers drawing 53 percent of the handle.

The line opened at 16.5 at BetMGM but has also moved to 18.5 with the Vols receiving one-sided action with 63 and 74 percent of the bets, respectively. And 18-point underdog at DraftKings, Longwood has drawn 45 and 47 percent of the bets at the sportsbook.

Tennessee and Longwood (Farmville, Va.) are separated by 350 miles and mountain ranges, but the basketball programs might be even further apart. The Lancers are in the NCAA Tournament for the first time in program history under coach Griff Aldrich, who knows about unique career paths.

A former $800,000-per-year chief financial officer at a top law firm, Aldrich left to become UMBC’s Ryan Odom director of recruiting. His salary? About $32,000.
Aldrich used the job as a springboard to Longwood to fulfill a lifelong dream of coaching college basketball.

And why not use his experience at UMBC — the only #16 seed to defeat a #1 seed (Virginia) in the tournament — four years ago this week?

“We’re not going to try to do anything heroic or unique,” Aldrich said. “What we’re going to do is try to be Longwood basketball to the best of our ability, and execute at the highest level.”

The Lancers are 17-point underdogs as the 14 seed on Thursday.

The Vols are built on guards and balance. Freshman Kennedy Chandler averages 13.8 points, 4.6 assists and 2.1 steals per game.

“The way they’ve grown into the confidence they have for each other is really something that we’re all proud of, and as you know, it is key,” Barnes said.

Santiago Vescovi averages 13.4 points, 4.5 rebounds, 3.1 assists and 1.6 steals per game. And a third guard, Josiah-Jordan James, averages 9.9 points and 5.9 rebounds but is surging of late with two 16-point efforts in the SEC tournament.

“The brotherhood that we have in this locker room, I wouldn’t want any other guys in our locker room,” James said. “I wouldn’t trade them for the world. I think that just helps us on the court.”