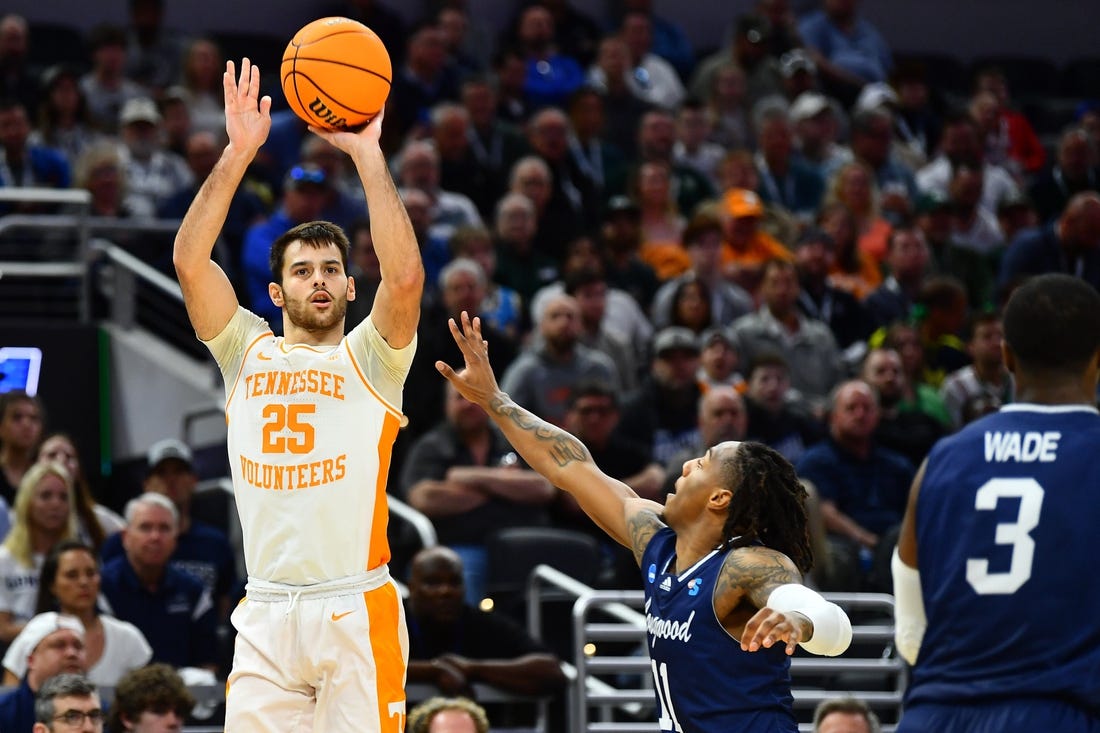 Tennessee shooting guard Santiago Vescovi said Friday on his Instagram account that he is returning to the school for his senior season.

Vescovi entered his name for the NBA draft and had been going through the information-gathering process, leading him back to the Volunteers program.

Vescovi averaged 13.3 points last season and knocked down 102 3-pointers while earning first-team All-SEC honors. Chris Lofton is the only other Volunteers’ player to make 100 or more 3-pointers in a season, accomplishing the feat three times from 2005-08.