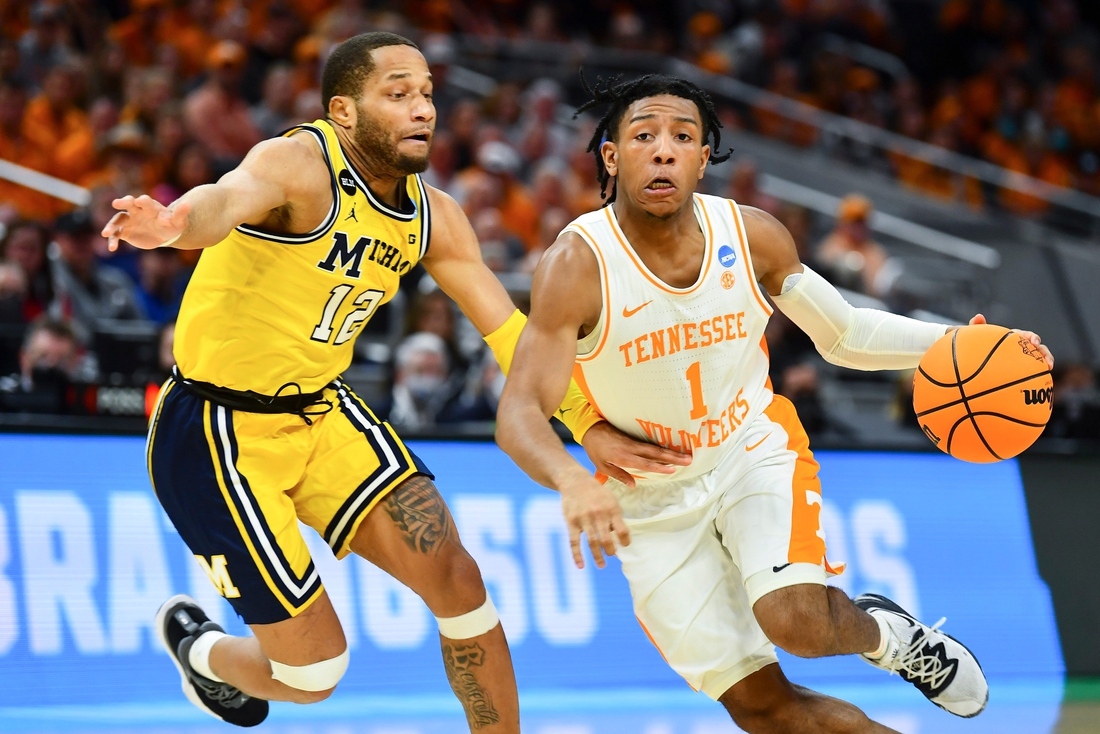 Chandler is widely considered to be a mid-first-round pick in this year’s draft. He led the Volunteers with 13.9 points, plus 4.7 assists and 3.2 rebounds per game over 34 starts. He helped get third-seeded Tennessee to the second round of the NCAA Tournament, where they lost to Michigan.

He will forgo his remaining eligibility.

“After much prayer and deliberation, I am extremely excited to announce that I will be declaring for the 2022 NBA Draft and hiring agent Ryan Davis,” Chandler posted, in part, on Twitter.

Chandler was a five-star recruit rated as the nation’s top point guard and ninth best prospect overall, per the 247Sports composite rankings. He chose Tennessee over Michigan, among more than 20 offers.