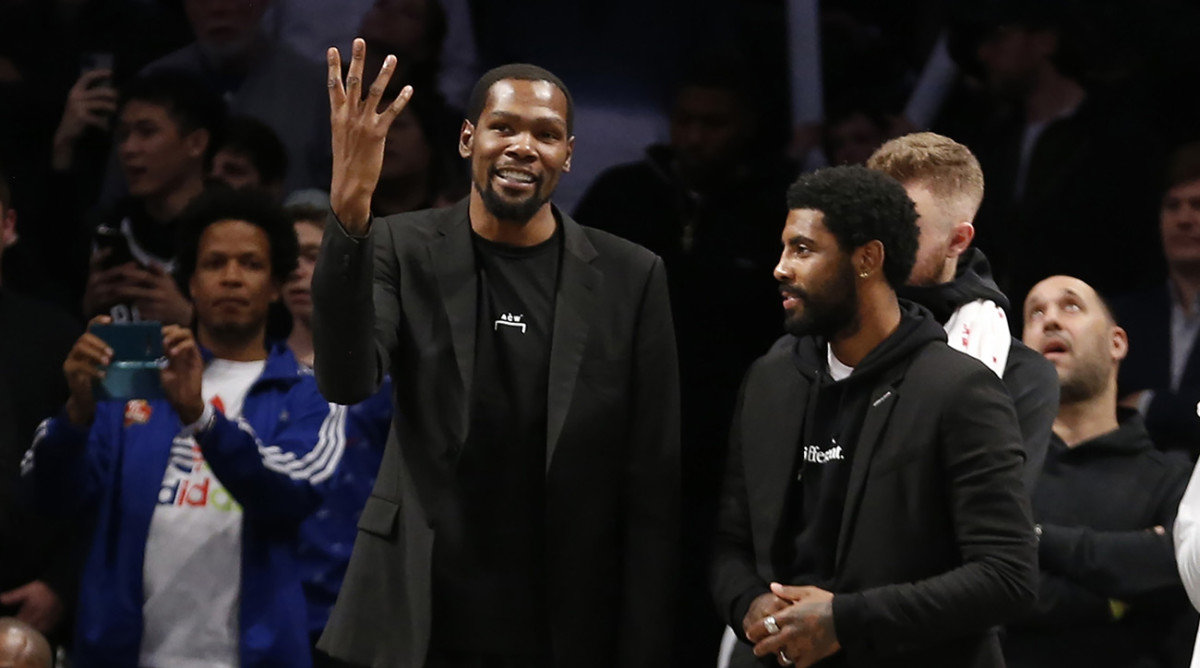 Once again, the Nets find themselves in a precarious situation with star point guard Kyrie Irving. As the team and its enigmatic point guard attempt to find a way forward on a contract with the player option deadline looming, some NBA teams believe that if Irving walks or forces a trade, it could dislodge Kevin Durant from the franchise.

There are conflicting reports on just how tied at the hip Durant and Irving, who joined Brooklyn at the same time in 2019, are. According to ESPN’s Adrian Wojnarowski, some teams are rooting for Irving to walk, on the chance that Durant could become available for a trade.

“There are teams rooting for Irving to opt-out and walk away from the Nets, believing it would give them a chance to cobble together trade packages to acquire Durant,” he reports.