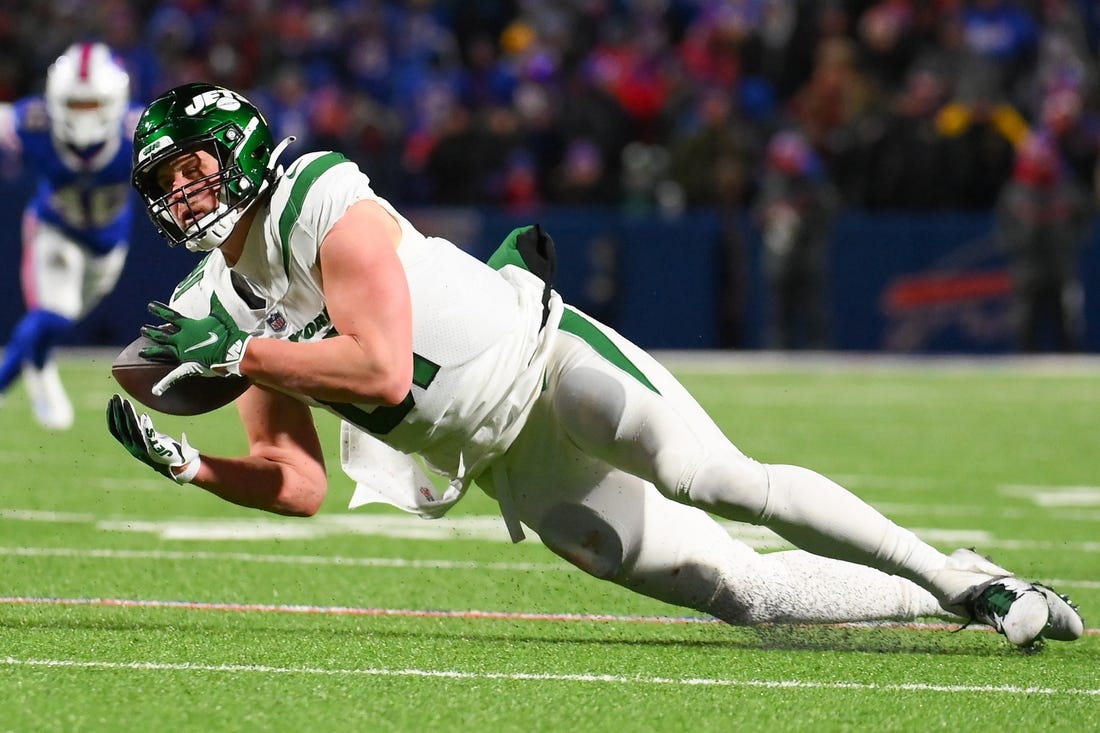 Kroft, 29, caught 16 passes for 173 yards and a touchdown in nine games (six starts) last season for the New York Jets. He missed five games with a chest injury and spent time on short-term injured reserve.

Kroft has 101 catches for 1,024 yards and 13 touchdowns in 81 career games (48 starts) with the Cincinnati Bengals, Buffalo Bills and Jets. He was taken in the third round of the 2015 draft by the Bengals.