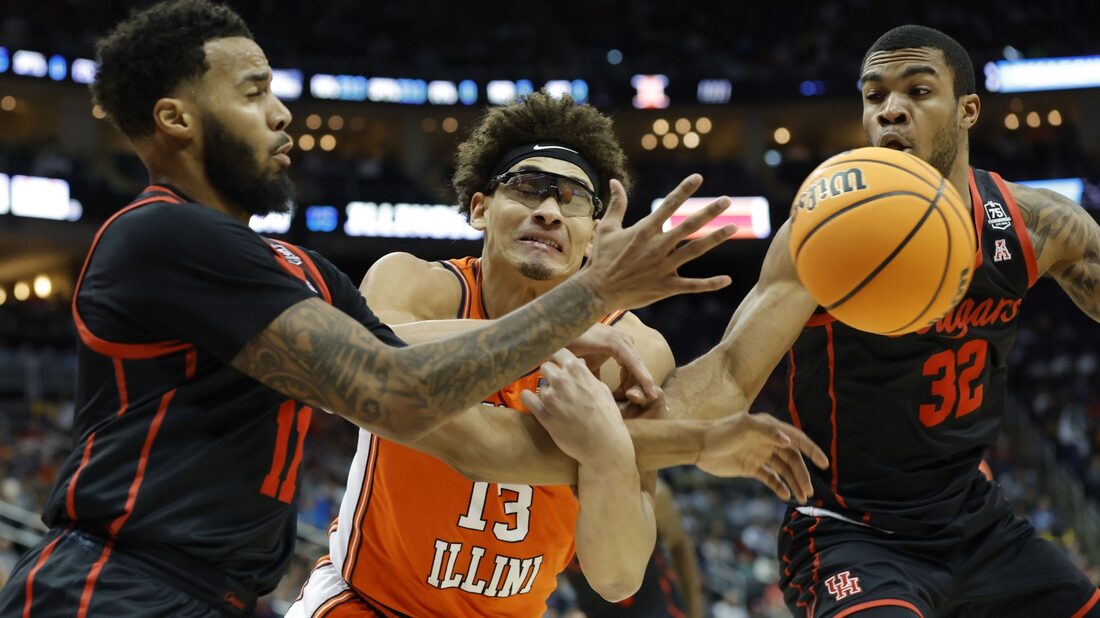 Taze Moore scored a game-high 21 points as fifth-seeded Houston used a late run to pull away for a 68-53 win over fourth-seeded Illinois on Sunday in an NCAA Tournament South Region second-round game in Pittsburgh.

Jamal Shead added 18 points for the Cougars (31-5), who advanced to the Sweet 16 for the third straight season. They will face the winner of the Arizona-TCU clash.

Kyler Edwards contributed 15 points, six rebounds and four assists for Houston, which won despite making just 42.4 percent of its shots from the field. But the Cougars earned a 39-33 advantage in rebounds and converted 17 Illinois turnovers into 20 points.

Kofi Cockburn collected 19 points and eight rebounds for the Fighting Illini (23-10) in what might be the final game of his college career. Illinois canned just 17 of 50 attempts, hitting only 6 of 25 from the 3-point line.

However, the Illini still trailed by just 54-49 after Alfonso Plummer’s four-point play with 4:52 left before Houston took control with an 11-0 run. Shead started the burst with a jumper and finished it with two foul shots to make it 65-49 with 2:28 remaining.

Neither team lit it up offensively to start the contest. The clubs were tied at 5-5 at 6 1/2 minutes into the game as Houston and Illinois exchanged bricks. But the Cougars were the first to get some rhythm on offense.

But the Fighting Illini spent the half’s remainder clawing their way back into contention. Luke Goode came off the bench to can a couple of 3-pointers and Trent Frazier sank one as time expired, slashing the Houston advantage to 30-26 at intermission.

Both teams shot 36 percent, but the difference was the Cougars scored 12 points off turnovers as opposed to five for Illinois.