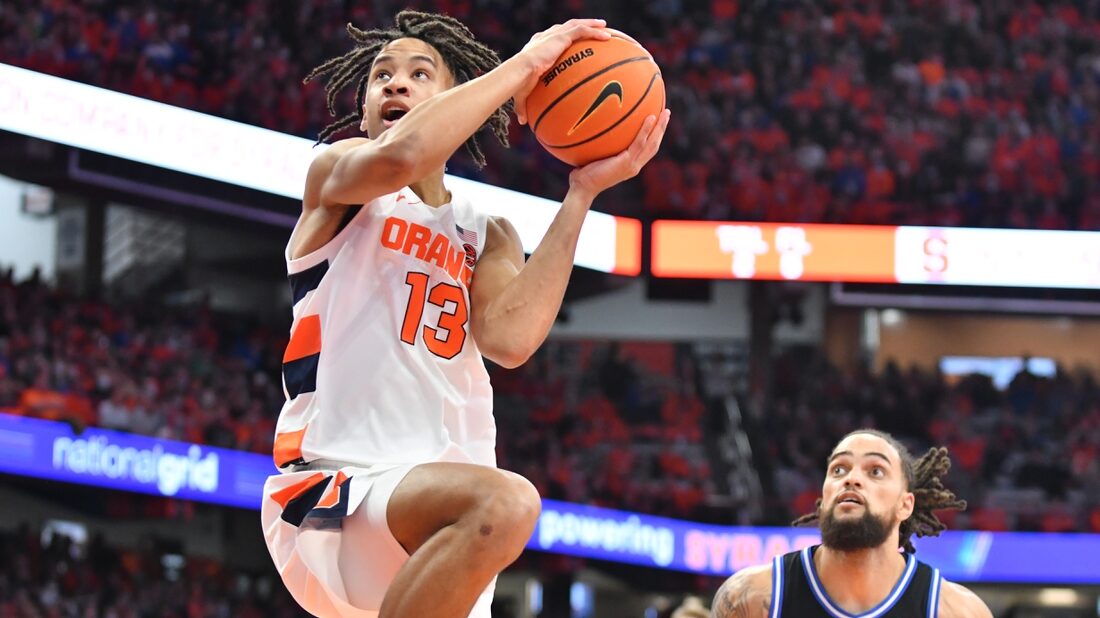 Syracuse freshman forward Benny Williams will miss the rest of the season because of a lower-body injury.

The university said Williams was injured during an 88-79 overtime loss to North Carolina on Monday. He is expected to make a full recovery.

The 6-foot-8 Williams arrived at Syracuse as a ballyhooed five-star recruit. But he didn’t meet projections, averaging 1.9 points and 1.4 rebounds in 29 games.

Williams had his best game of the season against Duke in last Saturday’s 97-72 loss. He played a season-high 30 minutes and established season bests with 14 points and six rebounds.

The Orange (15-15, 9-10 Atlantic Coast Conference) complete their regular season on Saturday against at home against Miami.