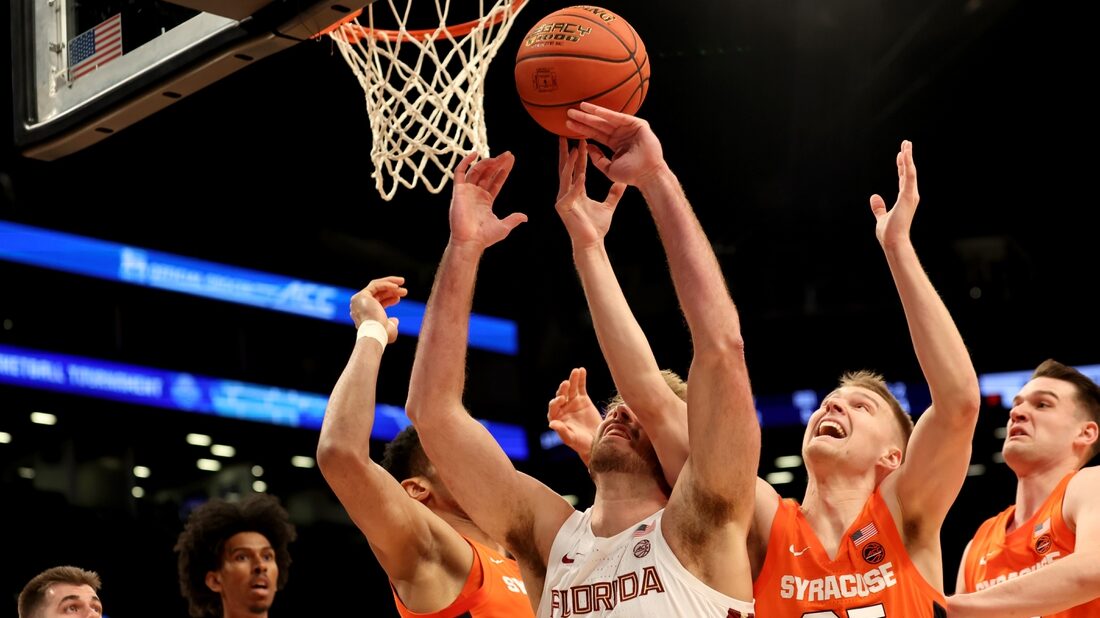 Cole Swider scored 28 points and pulled down 13 rebounds Wednesday as Syracuse trounced Florida State 96-57 in New York in the second round of the ACC tournament.

The ninth-seeded Orange (16-16), who are trying to avoid their first losing season in coach Jim Boeheim’s 46 years on the bench, will now take on #7 Duke, the top seed in this event, in Thursday’s quarterfinals.

Swider knocked down four 3-pointers, as did Joe Girard III (16 points), as the Orange shot a crisp 51.4 percent from the field and 39.3 percent (11 of 28) from 3-point range. Buddy Boeheim made three triples en route to 14 points, and Jimmy Boeheim added a dozen points for Syracuse.

Meanwhile, the eighth-seeded Seminoles (17-14) shot just 32.4 percent from the floor and a woeful 2 of 25 from outside the arc. Matthew Cleveland led Florida State with 13 points and was the only Seminoles player to score in double figures.

Syracuse began to create some separation with an 11-0 run that turned an early 14-10 lead into a 15-point advantage. Swider drained two 3-pointers during the burst, and Girard added one of his own.

The Orange led 32-20 with under five minutes to play in the first half before closing the session on a 17-6 run. Swider scored nine of those points, helping Syracuse carry a commanding 49-26 advantage into the locker room.

Swider registered 20 points and nine rebounds in the first half, while Girard had 13 points at the break. No player scored more than five first-half points for Florida State, which missed 12 of its 13 attempts from beyond the arc in the opening 20 minutes.

Things did not get any better after halftime for the Seminoles, who trailed by at least 23 points the entire second half. Frank Anselem’s dunk with 13:55 remaining pushed the lead to 30 for the first time, and the Orange’s cushion reached 40 on Jimmy Boeheim’s dunk with 7:32 to play.